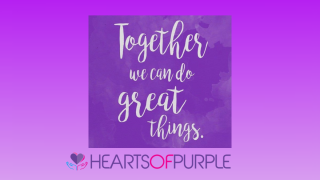 Keep your eyes open and tell an authority if you see examples of someone trying to exert excessive control over their partner. That’s the message from Qld Member for Burnett, Stephen Bennett who attended the recent ‘Walk The Talk Shell’s Way’ community event in Hervey Bay to encourage more widespread knowledge of the hidden ways domestic abuse occurs – to prevent them becoming a fatality.

Mr Bennett is Qld’s former shadow minister for the prevention of Domestic and Family Violence and remains committed to helping the many charities and private groups battling to stop the cycle of abuse despite not receiving a dollar from the State Government.

PREFER TO READ?: - Transcript below

KAYE:
Great to have you in the Bay… you don't often get here! - What's brought you here today?

STEPHEN:
Look, as a strong advocate and as a father and grandfather, anything we can be doing to shine a light on things about domestic violence generally.

We're happy to be involved in when we can. And of course, we know that there's way too many tragedies in our community.

So we're also here with the Hearts of Purple team, who we've been a sponsor of for a long time. But more importantly, just to back our community, and I think the Hervey Bay and the Wide Bay is a large community.

KAYE:
Tell us a bit more about Hearts of Purple.

STEPHEN:
Well, Hearts of Purple, a non-profit charitable organisation, started a number of years ago.

I think the beauty of what we've seen with Hearts of Purple is how they've struggled through, without any government support to have the monitoring devices (watches) on victims and more importantly, the surveillance and some sort of comfort that that brings.

I think the innovation in the way that they fund raise has really been something that I've been impressed with.

I think it's just a drive the whole organisation has. They are really committed to the scourge of domestic violence generally and the prevention of it and that has dragged our attention toward them.

And I think just going forward, we've managed to get a lot of bins into Bundaberg. Those purple bins into Parliament House, 90 odd bins in the raising of funds.

It's a hard way of raising money, but without any government support, they've got to do everything they can.

KAYE:
One could be cheeky… and say those bins will be busy in Parliament House, aren't they?

KAYE:
Some people may not know about the purple bins and the fundraising. Can you explain that?

STEPHEN:
Well, we do know that they get some sponsorship to buy these special purple bins from various businesses. The beauty of this is, of course, the recycling industry has backed them in and will actually come and collect the bins from the workplace.

And that just goes to show just how important this program is and how people are backing it in.

So the recycling industry also needs to be commended in making sure that 10 cents at a time there is money being raised to get these watches devices on to people and up to $5,000 a watch with surveillance.

It's no easy task to raise that sort of money.

So there has to be corporate donors in this other people that need to get involved.

But more importantly, let's remember, if you see a purple bin in the workplace, consider your ten cent deposit and give it to Hearts of Purple.

KAYE:
Fantastic. Now, everyone always has their hands out to governments for more money.
Any chance of more money for this particular type of project to try and nip domestic abuse of all kinds towards family and kids?

STEPHEN:
Well, there's a number of responses to your question.
Firstly about more money for not- for-profits.

I think that's a given every dollar that governments can invest in not- for-profits the money that flows on from that is really well spent for taxpayers and the outcomes are amazing.

So I guess the governments have a role.

It's not so much doing the work but to enable these wonderful organisations to have the capacity and someone like Hearts of Purple really needs some help with their volunteers.

I mean they're all unpaid.

That's a terrible burden on people to continue with this role without having any sort of remuneration that they can work with.

But I think the other thing you're talking about changes the legislative reform in Queensland is horrendous and we talk about it.

We do reports on it.

Carmody did a report back in 2013.
http://www.childprotectioninquiry.qld.gov.au/__data/assets/pdf_file/0017/202625/qcpci-final-report-web-version.pdf

It has 152 recommendations and still was only just finished last year.
https://www.qao.qld.gov.au/reports-resources/reports-parliament/family-support-child-protection-system

That's an indictment on us all in Queensland Parliament and I think going forward these other new breeds of domestic violence that we're starting to talk about with financial control, coercive control, all these things now they should be part of legislation and the protections that come with that.

I sit there and I had a role previously trying to drive reforms.

It's incredibly frustrating and every time we see a death or a serious injury we all have blood on our hands and I think that's a terrible indictment on Queensland and the policy platform that it's not front and centre.

We should be debating at every sitting, because it is that important but sometimes we don't talk about it for years and again, another review I say less review and more doing is what we need to be doing in Queensland Parliament.