You Got A Friend… Yea Right!! - Brian Pickering 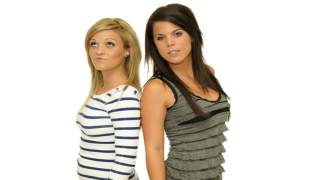 There are many things in our lives that can make us stressed, but the #1 stress maker in our lives has to be people.

Mostly, people are OK right? – Most of the time!

People in our social circles, the workplace, club, church or community groups or whatever are all generally nice to each other, down to earth, reasonably centered and overall non-confrontational…until...

for reasons I have still to fully understand, they are given the title ‘Manager’ or ‘Supervisor’ or told they are ‘in-charge’ of this or that area.

Sometimes - these people suddenly become ‘little Hitlers’. It doesn’t matter if it’s a bank, the media (my background), a local school, hospital or yes – even a charity.

Suddenly THEY are ‘in control’ and everything must be done the way THEY say and when THEY say it must be done.

Friends and families of some weekend boaties know all about this only too well. ‘Avast me-hearties… hoist the mainbrace… Hey you… YES YOU!... put your back into it ya yellow bellied blah blah blah…’

Suddenly ‘dear old dad’ has turned into Captain Blackbeard running a ship full of scummy pirates. Not very pleasant for anyone keen to relax and just ‘catch the breeze’ on a small boat somewhere.

I first came across this interesting phenomenon as a kid in high school.

A mate of mine – we’ll call him Billy – was made ‘Prefect’. A coveted position because you got to do stuff before the other kids did and prefects had privileges like getting to the tuck-shop before the midday crowd or getting the best spot on the bus on sports day.

It was also a crash course for me in discovering the way much of the world really works. eg; “you do this for me and I’ll look after you – ‘cos you’re my ‘best friend’, my little mate right?”

Yyyeeeaaaa … rrriiiggghhhttt…  Let me get this straight – I do what YOU want, and you’ll bestow all kinds of favours my way??

It was a harsh lesson – because I’d always thought we were already friends.  But once the ‘strings were attached’ to the friendship – it suddenly seemed much less appealing.

No prizes for guessing that Billy and I went our separate ways – and sadly I heard years later he copped a two year jail sentence for fraud.

So given our whole lives involve other people, our relationships clearly play a pivotal role in whether we’re happy, un-happy or somewhere in between.

It’s a scientifically proven fact that having an active social network of friends – close friends – is good for you. Some people thrive on social contact every day with their ‘friends’. But who or more importantly ‘what’ is a friend?

There are many aspects to being a good friend – helping each other in good or bad times, not judging the other but offering support or help whenever needed, keeping in touch, although it doesn’t have to be every day. It might be every week, month or even a year or more. And making sure our friends know we are there whenever they need us.

Friends can – and often doo - drift apart when their interests, such as children or even a new hobby take them in different directions.

Sometimes they’ll drift together again – although not if the friendship has ended on a sour note – and that can easily happen if one half of the friendship doesn’t communicate honestly and clearly what they’re thinking.

I learned this the hard way many years ago – and perhaps in telling this example you might escape making the same mistake or from being on the receiving end of a poorly communicated change of direction by a friend.

Here’s what happened.   My wife got off the phone in tears.  She’d just rung our friends to invite them for dinner because her dad was visiting, and their kids adored him.

Geez we had shared so much of our lives together!

Why after all that time and no obvious reason like a fight or disagreement would anyone (my best friend’s wife actually) simply say to you “Oh I don’t think this friendship is working out” and literally hang up. End of story!

I was pretty angry at the time. Actually, I was absolutely bloody livid to be honest!

I wrote a polite but to the point ‘please explain, I’m really disappointed in you’ letter but have never heard from them or seen them since.

In hindsight we realised we’d seen signs that our friendship wasn’t as close as it had been – but when we’d asked if everything was ok they’d assured us it was – and we’d wrongly assumed they were having their own personal problems.

So how do you get over that? It shakes your confidence I can assure you and so I started to look at the people in my life. Who is really important and who isn’t?

After a while, I realised that it wasn’t ‘me’ or ‘us’. And it probably wasn’t even ‘them’.

Everyone grows and changes according to their life experiences and unless you can find new mutual interests it’s likely you’ll grow apart. That’s not a bad thing – but be aware there are far better ways of communicating that change than the way those now former friends did.

It’s a bit like leaving a job – always better to close the door quietly than slam it (no matter how tempting!) – in case you either want to return or you want your old boss to recommend you in future. 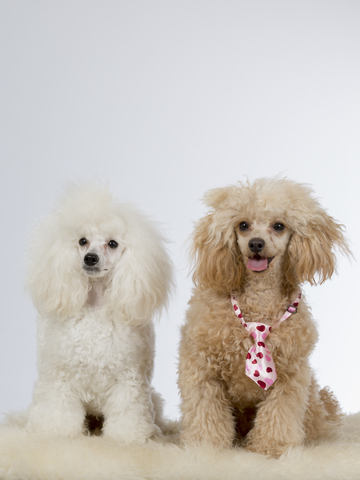 It’s also important to not ‘hold a grudge’ – Think like a dog and live for now.  Allow yourself a brief growl – then get back to enjoying life because if you allow an injustice to keep annoying you – you’re doubling the injury.

My motto is forgive – but don’t forget.  I think it was Confucious who said ‘those who fail to remember their mistakes and learn from them are destined to repeat them’.

I’m still making mistakes – but not that kind!  I’ve learned my lesson and hard though it might seem when life in the form of a failed friendship knocks you off your feet – pick yourself up, dust yourself off and get on with life.

There are too many good things to focus on than waste time dwelling on the past.  It’s the past – you can’t change it – MOVE ON!

Surround yourself with ‘positive’ people and remember that friendships may not always last forever – but with honesty and open communication – they’ve a better chance of lasting the distance.

Of course as the saying goes, ‘while keeping your friends close you need to remember to ‘keep your enemies closer!’ – but that’s an entirely different story!