Would You Like An Apple With That? - Brian Pickering 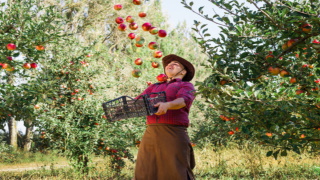 Is it just co-incidence or is there something ‘special’ about the humble apple? It’s been with us for centuries and continues to this day.

Think about it for a moment… for the religiously minded there’s Adam & Eve and that apple in the Garden of Eden that got them kicked out (apparently!). But did you know that the Latin name of the very tree it grows on – malum - translates to ‘Evil’?

Moving on to Isaac Newton and it seems an ‘apple falling from a tree’ enabled him to update the earlier basic laws of motion prompting him to go on and delve into some other 'very heavy scientific stuff’.

As it happens Albert Einstein was a ‘fan’ of Newton’s groundbreaking work decades later. In fact, some stories of him as a young boy mention he went outside and laid under an apple tree for almost 10hours waiting to see first-hand Newton’s experience of an apple falling to the ground which in turn no doubt helped him create the theory of relativity.

Then there’s the expression… “An apple a day keeps the doctor away!” – which was originally a Welsh saying from around 1866 “Eat an apple on going to bed, and you’ll keep the doctor from earning his bread.” 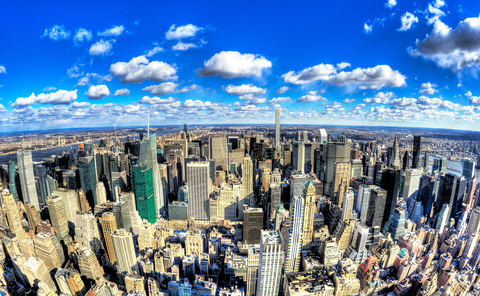 And what about ‘The Big Apple’ (aka New York City) – originally named thanks to some African-American horse stable hands in New Orleans back in the 1930’s who excitedly told everyone they were going to ‘The Big Apple’ as the race-tracks in that city were considered some of the biggest and best around at the time.

The name was picked up by many jazz musos around that time then faded away over the years until being ‘re-born’ in an international tourism marketing blitz in the 70’s.

An interesting ‘side-fact’… apparently in 1673 the Dutch had captured New York City from the English and re-named it ‘New Orange’. That didn’t last long however and the named reverted to the original a year or so later! 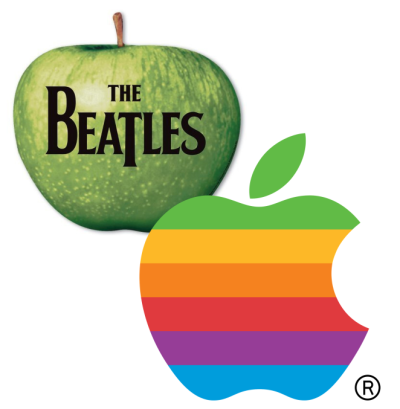 Ok – the one you’ve been waiting for – Apple Music!…
Yes The Beatles’ very own record label.

Again there’s quite a bit of history behind the name (thought up by Paul McCartney) and years later, lengthy legal action between Apple Music (which became Apple Corps) and Apple Computers, now Apple Inc. which was resolved in 2007 when Apple Inc. bought the Apple Corps name and re-licensed it back to the Beatles.

So personally I’m left wondering why the humble ‘apple’ – a fruit I really enjoy - has been so ubiquitous over the years. No doubt there are many MANY other ‘apple related’ stories throughout our history.

+ No worries mate... She’ll be apples
+ He's rotten to the (apple) core
+ It only takes one rotten apple to spoil the whole barrel
+ The apple never falls far from the tree
+ You only get one bite of the apple
– feel free to add your own!

… and of course a golden oldie (from before I was born!)
The Andrews Sisters - Don't Sit Under the Apple Tree
Watch the video here:...