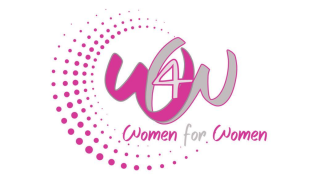 In 2018, when my marriage ended after nearly 25 years, I was thrown into the family law court system.

I was pretty naive at that point in time because I thought that the court system would look after me and do the right thing, and it didn’t.

And I fell through the cracks.

The system is very archaic, and they struggled to handle people like me, where there's companies and trusts and lots of different assets involved. And I literally felt like I was chasing my tail for the whole time and trying to be heard.

And you don't get heard in the family law court system. You just don't!

The other thing that I had to deal with was lawyers and barristers that from the get-go had a strategy and they all do it all the time. The strategy was to break me emotionally and financially and backed me into a corner, which they did several times to the point where I felt like I was literally in the corner like a caged animal.

My mental health over the course of that time deteriorated. I was diagnosed with anxiety, depression, complex trauma. And what I didn't realise at the time was that I was functioning in survival mode and that became my norm.

But now, after all that ended I'm relaxed and happy, and I can look back on that period of time now and go, oh, my God, you were just like, on a knife’s edge all the time because it was constant bullying.

It was constant tormenting and harassment. It was like playing a game of chess, and it's who can outmaneuver before the other one does. And I was trying to play a game that I was never going to win.

But the best thing I did was when I looked at the situation and thought, “what do I have control over here?” And the only control that I had left was to walk away and take back power of my life, control of my life.

Because when you're suspended in time and there's all these other people controlling your life, you can't move forward. And it was a daily battle. It was just constant. And I know that I'm not the only woman or man that are in that system.

And the other thing I learned, too, is that court orders are not worth the paper they're written on. They're literally not, and they're breached all the time, and nobody does anything about it.

So that's a waste of time. Affidavits are a waste of time. Most of the time, they don't even read them. I don't know how many affidavits I did during that time, and I would ask a lawyer, did they get read? No.

And lies are told in affidavits too, you can put your hand on the Bible and swear all you like, but lies are told, and nobody does checks against what's in an affidavit. So having done that for three and a half years and then coming out the other side of that, I had in the back of my mind for a long time that I wanted something good to come out of that.

There's got to be a reason why you go through all that, and I didn’t want it to be for nothing. 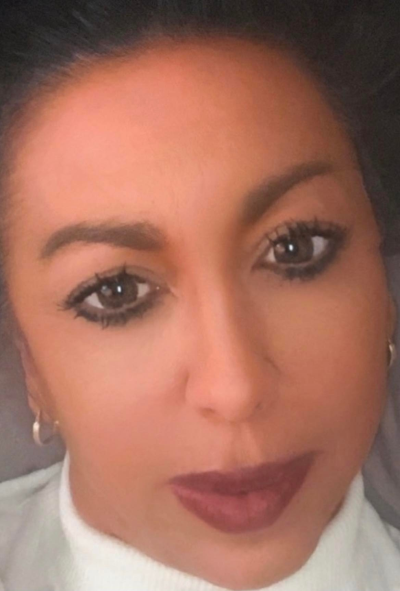 But I also know that there's a lot of other women that have also been for want of a better word, ‘screwed over’ by the system. And it’s who has the deepest pockets that wins. And I just want to say too, if you look at women my age between the ages of 45, and I think 55, a lot of us gave up our careers to stay home and look after children.

The younger generation are not going to have this issue because they work, they've got degrees, they know they can support themselves…. for us in that age bracket. We don't. So for me, after staying home for a long time and then to try and get back into the workforce was incredibly hard.

Still is. We're cut off at the knees financially, and there's no backstop. That's a really important thing.

So I thought if I had had a better support system to help me through it would have been so much easier, because the lawyers will tell you what you want to hear, which they did.

We'll do this for you. We'll do that for you... None of it ever happened!

And it depends who you're dealing with. The other party – the ‘ex’. What’s their motivation? If it's greed, money, control, arrogance and the desire to win at all costs, then it makes it even harder.

And you might also be dealing with someone who enjoys seeing you suffer. So in that respect, it depends because I've also got girlfriends who have amicably, they're still friends. It depends who you're dealing with as well.

So I came to this conclusion that especially in our local area here, there doesn't seem to be a lot of support for women. Then I expanded on that, too as a result of all that – not just my divorce and separation, but also the mental health aspect of it and the loneliness, the homelessness that I experienced twice.

And that's why Women For Women has been formed.

Of course I get asked… “so what’s your qualifications?” – well obviously I'm not a psychiatrist. I'm not a psychologist, I'm not a lawyer, but I think if you can offer some friendship and help point people in the right direction, then it's like anything.

For instance, if someone's gone through cancer, I don't fully understand their journey.

So if you can connect with someone who's also been through the same thing, I think that then you can fully understand, and I have a saying that is, ‘don't tell me how to tie my shoelaces until you've walked a day in my shoes. ‘

The other thing for me, for those 25 years… looking back on that period of time, I was living in a bubble, I was a stay at home mum. I didn't have any financial problems. There was money, always there never had to worry.

Then the rugs pulled out from underneath you and your whole world changes and then you start on this journey and different people come into your life. Different people have come in and out of my life over the last three and a half years. For whatever reason, some have stayed. Some haven't.

But one of the biggest lessons I've taken away as well from that period of time is to not judge anyone because people looked at me and went ‘oh she's okay’… and that was far from the case.

So don't judge people, because we've all got a story – we’re all different.

And that's one of the most profound things I've taken away from it is just don't judge people because you just don't know what they’re going through.

And Women For Women will eventually have the website, which will be services for women in the local area, to have links to direct them and help in any way we can, but also a friendship, a support network. Right now of course we have a Facebook Group. * PLEASE SEE UPDATE BELOW RE THIS.

That's the basis for it.

Eventually I would like to have a separate arm underneath that for girls to girls, which will be about teenage girls and doing a similar thing with them because there's limited services available for teenage girls.

The head-space is really about it and that's hard to get into.

So there's all sorts of different things that I would like to do, but we’re starting from the ground and working from there.

UPDATE: Jan 2022 - Due to personal reasons Annette has advised that she has temporarily ceased the Women4Women project and advises that there are many 'self-help'  groups both on and off social media platforms if you are needing help.

One of those is Brisbane based HEARTS of PURPLE