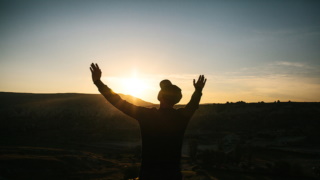 I was reading a story recently (ABC-News) about ‘Hermettes’ – a ‘secret society’ of women celebrating female ‘aloneness’. Basically, it’s a play on the word ‘hermit’ and it got me thinking, how many people - myself included – quite like our own company from time to time… (with the obvious exception of being side-by-side with my darling KB of course!! )😊

As it happens I have a few friends who think pretty much the same way… you know who you are eh Mr Grumpy!?!

But even when I was a young kid, I quite liked my own space to do whatever I wanted whenever I wanted. Long bike rides, surfing, fishing, spending time in the backyard playing in a tent, then later building my own ‘radio station/recording studio’ at home… more on that another time!

And I don’t see myself as ‘anti-social’ at all – far from it - apparently often becoming the ‘life of the party’ (so I’m told after waking up from a big night!!) and I’ve also done a lot of public speaking and MC’ing over the years for local councils at various events and more, including several on-air radio stints, so it’s not just people or communicating I shy away from.

So maybe it’s a certain TYPE of person or group of people or situation/event that I’m less interested in.

For instance I’m probably the only bloke in Australia who doesn’t follow ANY sport at all.

As a kid growing up, I played soccer, hockey, cricket, tennis, rugby, Aussie rules & even played golf a few times & earnt a bronze medallion (swimming). And I totally appreciate the skills required for each sport, but I guess what I don’t like is what I call the ‘crowd mentality’ thing. All that screaming & shouting and often very abusive behaviour… it’s just not what I’m in to.

And it's not a case of not liking being IN a crowd so much as ‘what KIND of crowd’!

I actually quite like catching up with friends or *GASP* even family!... whether just for a drink or dinner etc as long as it’s maybe 2-3 couples max. In other words, 6ppl +/- at the most. When it starts to get bigger, the whole idea of ‘connecting’ seems to get a bit lost for me. 1 or 2 on 1 is my preference!

And in the past, if we’ve been invited out to dinner the host might say something like… “hoping to get a bunch of people to join us for a BBQ & watch the footy finals!”… Hmmm pass! (pun-intended!)

Of course thanks for the invite, and it’s not just being dis-interested because it’s the ‘footy finals’ but for me, it’s really hard to have a decent, meaningful chat with anyone at these events!

Travelling full-time as we’ve been doing the past 3 years or so, (although we call ourselves ‘slow-mads as we tend to stay in places we like a bit longer than usual!) the expectation is for everyone to gather around the fire for 4-o’clock drinkies!... thanks – but no thanks. Blokes just want to talk about 4WD’s, engine size and other ‘rivetting’ stuff. Wives?... more often than not whingeing about their husbands or the fact the washing machines in the park weren’t working etc!!

So… spending time alone as a ‘hermit’ or now the female version… ‘hermette’ – is becoming a bit of a thing. In fact, Kaye & I have done several stories over the past 3 years or so on our travels with a couple of females who are travelling solo. (See story links below)

They don’t see themselves as ‘hermettes’ so much as simply enjoying their own company. They talk. They socialise. But best of all they are happy with who they are and what they are doing by themselves.

And that’s pretty much where we are right now… well me personally anyway!

I’m enjoying the ‘freedom’ of occasionally catching up with old friends or making new ones from time to time, (whether face-2-face or Zoom) but not EVERY day or EVERY weekend! And really enjoying my mindful daily walks, reminding myself that I’m very VERY lucky to be leading the life I live.

No, not a lavish lifestyle – despite the idea some people have about we ‘travellers’ – in fact Kaye & I still do some work online every week – both paid & unpaid, but we’re also very happy that we’ve been able to help some people along the way somehow… whether that’s just to hold their hand for a while if they just need someone to talk to or help them in some other way such as sharing their stories for others to see & understand what they do.

Best of all is that personally, I’ve felt as humans, while we all need to communicate in some way or another, being comfortable in your own skin, being happy with your own thoughts especially when by yourself and being content with what you have right now… THAT to me is what’s really important.