Why Did We Discover That? 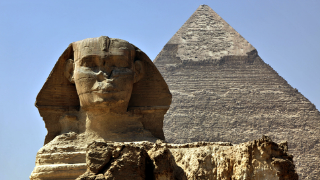 One of the timeless mysteries that has always interested me is the reason why ‘things’ are discovered when they are!

The Egyptians were a fantastic race of people, masters of a civilization that lasted well over three thousand years, (just stop and think about that for a moment, and remember that it is only just over two thousand years since the birth of Christ. Many civilizations have come and gone again in that short period of time!)

Yes, they were a wonderful race, great architects,artists, writers, craftsmen and horticulturists, who have left behind a legacy that borders on magic. Just think of the skills needed to build the pyramids, positioned to face true north and south within a half of one degree, and also to create such a level platform on which to build them, that corner to corner, there is a height difference of only a few centimeters. So why didn’t they discover electricity?

Then we can look at another great dynasty of civilization, the people of early Greece. They, like the Egyptians produced many great works of architecture, like the still-standing Parthenon, and they also gave us some of the greatest philosophers and mathematicians the world has known, either in their own time or since.

They knew the earth was a large ball long before anyone else rediscovered the fact, and they had a pretty good idea of how big the ball was too! It was the ancient Greeks who started the idea of real medicine, worked out on scientific principles, dissected human bodies to discover many of the workings of its various organs, and designed many of the tools of surgery, some of which, in modern form of course, are still used today! So why didn’t they discover x-rays?

The next of the ‘big-three’ of ancient civilizations is, of course, the Roman Empire.

Like the Greeks, they produced many great men of letters, and it was the Romans who were the great experts in Government and politics, though theirs would seem rather more ‘lively’ than we are used to today – as the death of Julius Caesar would testify; we don’t get a lot of politicians knifing one another now, though I’m quite sure there are many, who might wish for the old systems to return!

Of great importance to the world of today, the Romans were great organisers; their troops were by far the best trained in the ancient world, with well-defined plans for executing different battle formations for different terrains. It was also the Romans who created a world-wide, (their world), network of roads, so well-built that many of them are still in use today, with the addition of a little tarmac, roads created for the efficient movement of troops over the vast empire the Romans held. So why didn’t they discover explosives, and everything that would follow on from such a discovery? 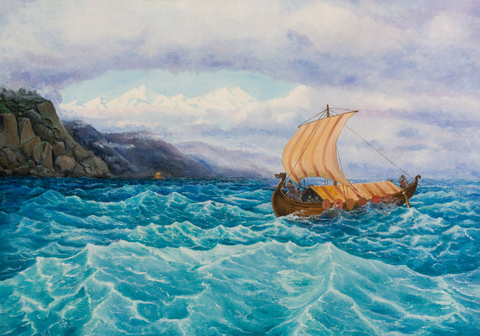 The Vikings also made important discoveries and additions, towards the progress of civilization, they weren’t just a load of wild men in strange hats, carrying large axes with which to wipe out anything that was not Norse. It was the men of Scandinavia who discovered magnetism and thought of using its properties to aid them in their other great contribution – navigation!

The Vikings landed on North America centuries before Columbus found that there was a large chunk of land between Spain and his desired destination, the westerly route to India.

There is evidence that these people actually stayed in America, though what eventually happened to them I have yet to discover.

But they also travelled as far as the eastern end of the Mediterranean Sea and beyond, no mean feat, from far off Norway; and they didn’t come to pillage either, many artifacts, found both in Scandinavia and at different points around southern Europe prove that they indulged in trade during their travels. So why didn’t they discover a passage around the north of Canada and into the Pacific?

But suddenly, mainly during the eighteenth century there was a massive explosion of discovery and progress; steam engines were discovered and have been developed ever since; the spinning Jenny was invented and vast weaving machines built so that the manufacture of cloth became cheaper and electricity was discovered as a controllable entity, and look where that has taken us ever since, leading right up to the era of electronics and whatever may still be to come.

Terrific progress has been made in the world of medicine, architecture and science in general, all of it in a period of not much more than two hundred years. So why did it take us until now to discover all this in such a short period of time, when throughout what we now call ‘the dark ages’, virtually nothing was discovered at all, and in fact an enormous amount of what had been learnt in ancient history was lost again, until it was rediscovered in the present century. Is there an answer to such an open question?