Why Are People So Unkind? - Brian Pickering 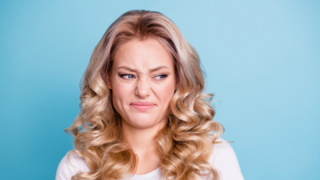 Of course the title of this post "Why Are People So Unkind" is a quote from Aussie/Malaysian singer Kamahl in response to a ‘Hey Hey it’s Saturday TV’ racist joke back in 1988 making fun of his accent. Move forward to 2021 and Social Media… what a nightmare!!

Given my involvement in the internet from its very early days and the growth of social media platforms, I’ve seen first-hand how it’s changed how people interact with each other. And it’s not all good. My mum ‘n dad taught me… “just because you CAN say something doesn’t mean you SHOULD!”

And I’m starting to understand how true this is.

Various Facebook groups and pages I follow have people asking simple questions like “what’s the best way to get rid of mould on our caravan awning?”

Of course an over-simplified question but if you’re new to (say) the caravan world then a valid one I guess.

I’ve also seen other posts such as.. “look at my new loungeroom… thanks to hubby for the awesome wallpaper”… Standby for comments such as “YUK…so old-school” or ”shoulda got the block reno’s in there – would have been much better!”

So why – if someone dislikes something posted on social media – do people even bother commenting? Why don’t they just scroll on?

Paulo Coelho, a best selling novelist said…  “How people treat other people is a direct reflection of how they feel about themselves.”

I often see posts from actual ‘friends’ and relatives as well as FB only friends who have views totally the opposite of my own. And that’s fine.

We should all have our own opinions, but I NEVER ‘like’ those posts- or put an angry emoji, yet I will like and/or comment positively on other posts that look nice, are compassionate, informative etc, and simply scroll past those that erk or annoy me or I disagree with.

Yes debating is something I excelled in at school – in fact I’ve often been referred to as a ‘master-debater’ but I’ll leave that for another time!

But seriously – having a discussion about IMPORTANT things is fine. But let’s not get personal. Your comments can hurt others even if well intentioned.

You don’t like something someone’s posted?... Fine… MOVE ON! – Surely there are far more important things in your life!