Who Has The 'Last Laugh'? 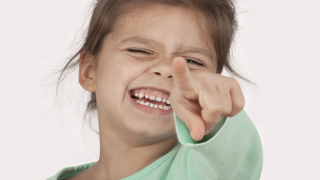 It seems as a young kid this girl (in the news story) was ‘bullied’ for many years for being ‘fat’ and wearing glasses.

Growing up she even admitted she was not necessarily ‘slim’ but certainly not fat but did tire easily and generally felt a bit  ‘sluggish’.

Eventually she decided to do something about her ‘average body’ and decided to transform her lifestyle… losing quite a few kilos and eventually entering a body building competition - the  Australian International Natural Bodybuilding Association  - which amazingly she actually won in 2019 !!!

So can you imagine what her old school mates must have felt knowing that??
And why did they tease and abuse her back then??

What is it about we humans that allows some of us to do that?

Personally and somewhat sadly, so many people have had not dissimilar experiences which we can all probably relate to… So called ‘long term friends’ that somehow ‘dump you’ perhaps because you’re no longer in a ‘top job’ or you have a ‘better relationship’ with the same boss at work.

Some long-time friends of ours filled in their rather large swimming pool because they preferred growing veggies rather than swimming!

They said it was interesting how their summer holiday & Saturday/Sunday barbies with ‘friends’ somehow just faded away!!

Annoyance? Maybe. Convenience? Possibly, but what is it with some humans that we are so judgemental about each other?

For instance several long-time friends have posted various rants about governments, lockdown, etc on Facebook or Twitter. While I still ‘like them personally’ I try not to react or ‘Like’ some of their less than flattering posts!

I won’t block or ‘rest’ them… yet! But it might happen. After all if things like Facebook etc are a way of determining who you are and what you are about then as the saying goes.. “God help us all!” Ok I’m not particularly religious but you get what I mean!

In the end - and on a positive note - if friends or even family have deserted you, move on.

Forgive and forget. Life is as Life is… We just need to deal with it!