What's Happened To TV as We Used To Know It? – Brian Lee 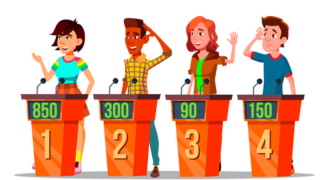 I was just browsing through my weekly TV magazine yesterday, checking on what was upcoming and interesting. We old-timers do this a lot. The magazine is often more interesting than the actual programs these days!!

Any way I digress, and I’ve hardly even got to the end of the first sentence yet!..

As I was saying, I was browsing, when it suddenly occurred to me that there are quite a lot of ‘competition’ type programs on the page I was looking at, some disguised as ‘reality television’, others as straight out quizzes and yet others disguised as sports programs, like ‘The Great Race’ for instance.

Then there were the cooking shows, where various contestants prepared numerous works of art, in food, usually not large enough to feed a flea, and last but by no means least in my quick glance through the week’s viewings, there were the house building or renovating programs!

I quickly looked through the rest of the week’s offerings and without going into too much detail I came up with about thirty ‘competitions’, many of them appearing every day of the week, and I’m sure there were a few I missed during my cursory check.

On top of that, there are the shows that are out of season at the present time, so obviously the number would be considerably larger if I were to go into fine detail with my research.

Here are just a few of the shows you can watch this week, should you ever feel a desperate need to, (this is in Gippsland VIC, though the content may differ somewhat in different parts of the country).

Then there are what I like to call ‘false’ quizzes, the ones that have well known personalities as contestants, who laugh uproariously at each other’s jokes, showing off their wit and quick intelligences, no doubt in return for large sacks of money.

These are programs like ‘8 Out Of Ten Cats’, ‘Would I lie To You’ and ‘Have You Been Paying Attention’. (Funny how all the ‘personalities’ shows seem to have long titles!).

Then we have the entertainment shows, like ‘Australia’s Got Talent’, ‘The Masked Singer’ and ‘Hard Quiz’ where ordinary people try to entertain us in various ways, sometimes successfully, sometimes not. (The ‘Got Talent’ shows come from several other countries as well as here in Australia, compounding the awfulness of it!).

And finally, in the context of this blog, (but by no means in the real world), there are what I suppose we should call the social programs, also known as ‘The Bottom of the Barrel’.

There are several of them – ‘The Farmer Wants a Wife’, ‘Married at First Sight’ and ‘First Dates’ – all programs which seem to strive to be worse than any of the others; they’re still delving into this problem, but I’m sure, eventually one producer will come up with something so abysmally bad that all the others will give up.

There are one or two other good, ordinary, programs of course, English Drama on ABC and Channel 7, good documentaries on SBS and the news on most channels; but the massive preponderance of dreadful ‘competition’ material on nearly all the channels leads me to wonder where all the TV producers with a little bit of imagination have disappeared to – surely there must be someone, somewhere, who can come up with something original, entertaining and imaginative?

If not, we are all dead!