What Is Happiness & Who Am I Really? - Brian Pickering 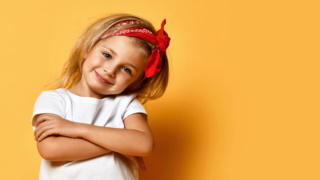 Google the phrase ’what is happiness’ and you’ll find a range of interpretations.

I personally quite like this one - Abraham Lincoln is quoted as saying “Most folks are about as happy as they make up their minds to be.”

Other interesting quotes are;

The purpose of our lives is to be happy. The 14th Dalai Lama

And an all-time favourite “Be happy while you're living, for you're a long time dead”. – a Scottish proverb

So - what Makes You Happy?

Has your ‘happy button’ changed over the years?  Quite likely.

You see, we human beings are constantly changing.   We can’t help it.

For example, I love sailing – particularly out on the ocean and I’d have done almost anything to just run away and do that full-time at one stage.

These days – I still love boats, but the idea of living on one now has faded well and truly into the background. Well at least until they get better internet access out on the high seas.

So what is it about all the ‘stuff’ we THINK makes us happy? Then let’s try and find out if it  really does

Money: We’ve touched on this in a previous story. How much is ‘enough’? Do you know someone whose life is all about creating an ‘expensive’ world around them full of the latest big–screen TV’s, new cars, big house full of all the latest ‘stuff’ that just sucks up all their cash?

Do they buy DVD’s rather than rent them or subscribe to Netflix/Stan etc… Do they get a new car every two or three years and have an expensive boat that sits in the driveway most weeks or is attached to a mooring somewhere ‘just in case they get some spare time’?

Money is like a piece of string – for some a little is enough – for others too much is never enough.

Of course many people say “you can never have too much money” and they may well be right! And I’ve first-hand experience in having both too little – and short periods of having rather a lot.

So somewhere in-between there is a balance – but how does one find it?

If we’re to believe the celebrity pages in the social media – the ‘in’ crowd spend an inordinate amount of time on personal grooming.  Hair, manicures, pedicures, spray tans and massages – and that’s just for the boys!

Really? – Well if that’s what makes those people happy that’s fine. It’s their money and of course they can do with it what they want. But most of us ‘mere mortals’ can’t do that and to be perfectly honest – do you really want to live that kind of fake lifestyle? And if so – why?

There’s another old saying that’s worth a revisit – ‘what goes around comes around’.

Call it Karma, call it payback but it does seem to me that a lot of the happier people in this world are those that give rather than take.

Take the late racing car driver and Aussie legend Peter Brock for example.  My wife Kaye & I were fortunate to have spent a lot of time with ‘Brocky’ while making a TV series (Police Camera Action) and later making his ‘life story’.

That was during the last few years of his V8 racing career and his retirement from the sport.

But Brockie didn’t retire from life – if anything his commitments increased dramatically and having watched him sit in a tent patiently signing fans’ treasured items as the sun went down on a rainy day in Melbourne, it was obvious – he was happy.

He couldn’t be persuaded to call it a day until each one of the many hundreds of fans in the queue had their few moments chatting to him. It was cold, he and they were wet, and everyone was tired and hungry. But Brocky was beaming! So too were his fans!

As a bonafide hero to generations of fans PB could have demanded anything – a fancy ‘trailer’, heaters, food on tap, staff to cater for his every need.  But that wasn’t what made him happy. What he wanted was to give back to the fans and to the world and the environment he loved so much.

Kaye & I learnt a lot from him.  That’s not to say he didn’t like fast cars and nice things – he just didn’t feel the need to ‘own’ them.  And funnily enough – it’s amazing how many things people wanted to ‘lend’ him!

Other Material Things
So – the fancy cars, boats, anything electronic… big houses. Do they make you REALLY happy?... Are you a subscriber to the concept often touted during the ‘Greed is Good’ era of the 80’s’ that he who has the most toys – wins?

This is rather a tricky topic for me.  I love technology, right?... I was usually the ‘first kid on the block’ to have the latest gadgets. Back in the late 80’s early 90’s I still had a lot of them – From memory… three iPods, an iRiver (audio recorder/playback thing), 2 MiniDisc recorders, 5 mobile phones and er… 6 laptops at last count – I threw away or gave away a few… Hmm, now that I’ve re-counted them it does seem that I’ve been a little excessive!!

But over the years I’ve gotten better – I’m ‘in remission’ because now I plan how to re-use some of the items rather than just throw them out or give them away. I’m not an e-bay junkie so I don’t sell them… besides, who would want an ageing Compaq laptop with Windows 2000 and 128Mb RAM and the world’s smallest hard drive!?

Anyway, my point is I am going to try VERY hard to not buy any more computers for a long time. I am going to make do with what I have – I am going to ‘shoe-horn’ any new programs or processes and ONLY buy an external hard drive if I need more space.  Gee I hope my wife doesn’t read this.!  On second thoughts – I’ll probably need help to avoid relapsing – so better to have someone to keep me honest!

I guess one way of getting ‘over’ the whole hi-tech/gadget thing is to pull them all out of the cupboard where they probably live right now, dust them off and lay them out on the kitchen table.

Take a good look at each and every one of them and ask yourself this question.

“When did I last use this and for what?” and then “do I really need a NEW one?”

You see – the idea here is to start assessing what you have in the physical sense in your life. Clothes, cars, houses, gadgets – all the stuff we think is important but isn’t really.

Once we start to move beyond the physical ‘clutter’ in our lives, then we can start to look at ‘us’.  We all have way too much… way WAY too much stuff believe me!

My Dad had a great saying to stop me whinging or nagging when I was a kid;