We Are Helped By Helping Others! - Brian Pickering 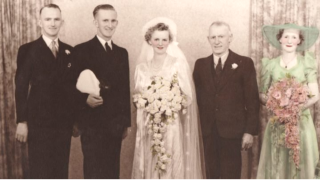 A funeral needn’t be a sad occasion. It should be a time of reflection and celebration of someone’s life. We’ll laugh, and no doubt cry, as we remember our loved one’s life and we’ll also be reminded that just as each of us thinks of ourselves as being unique, we are also very much one.

Have you ever wondered ‘What is the purpose of my life?’ or ‘Why am I here?’ …

I think my mum found her real purpose in life; Helping others and showing other people how to do the same.

Some years ago I read an autobiography by World War 1 veteran and early Australian author Albert Facey. The book is called 'A Fortunate Life' and it’s the story of an ordinary man who survived against extraordinary odds. When I read it, I realised there were many similarities between the author and my mum Lucy.

Despite all the hardships Mr Facey endured during the 1800s he continually helped many people who ultimately were much better off than he was. He did it because he cared about other people.

My mother, who died on June 11th 2009, probably considered she also had ‘a fortunate life’!

Born as a fraternal twin with Geoffrey Lord on September 20, 1921, Mum probably learned early on what hardship was all about. It’s possibly one way she managed to cope with all the many challenges and life changing events she faced over the years. Like many women of that time, she was quite remarkable.

Just after being born, Mum’s father decided to abandon his wife, their daughter Minnie and the new twins. To this day no one knows why, but it meant Lucy and Geoffrey, and of course Min, were brought up by their mother Eleanor (Nellie) all by herself. How they all coped is an amazing story.

Details of my mother’s life as a young girl in the ’20s, then during the Depression years of the ’30s and later as a young woman in the ’40s are sketchy.

Photos from around 1941 show a happy gorgeous young lady of the times — I think she’s deliberately held back some details — although she did reveal in a sound recording I did for her 80th birthday something about her and a young man called Walter and told of how they’d ride their bikes up to Mt Sugarloaf, New South Wales for some ‘canoodling’ … Whatever that is!

Canoodling inevitably led to marriage in 1943, which then led to building a house in Stockton and the birth of Barbara, my sister, followed a few years later by me.

Mum’s life through the ’50s and ’60s in Stockton with two blonde-haired, blue-eyed kids probably seemed like the perfect existence. With a hard working successful husband away most of the day, mums daily life revolved around looking after her immediate family and being very involved in her charity — the 2GB Happiness Club later named Eurobodalla Homes — an organisation she ended up devoting most of her life to. 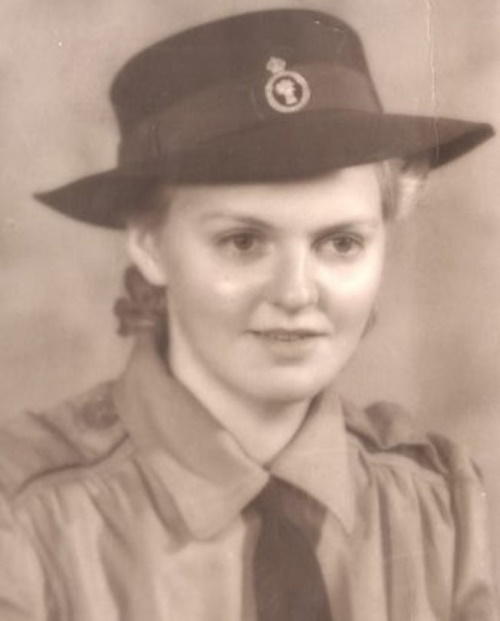 Then, just as it seemed this family were destined to be ever blessed with all that was good, Dad had his first heart attack. He survived that first shock. I’m not so sure mum did though. That single event would again change the course of her life completely. For a start she had to learn to drive a car! And play nurse as well as being a mother to a precocious pre-teen boy and a perfectly pubescent girl.

Issues at Dad’s work became intensified, he ended up losing his job that he’d spent 25-something years working his way up to, having started at the very bottom sweeping floors.

Long story short Mum, Dad and I started our new lives in Port Moresby in 1971. With dad as internal auditor for the University of Papua New Guinea. I started work at the ABC Radio 9PA.

I mentioned ‘life changing events’ earlier. We all have them don’t we … ?

Mum certainly had more than her fair share and, unfortunately, I know I was part of some of those over the years. She also lost her beloved twin brother Geoff in 1973.

But mum was made of some tough stuff that is rarely found today.

When you’re a girl from the Great Depression era you’ve already been through some of the worst life can throw at you. What more could possibly happen?

When my father died in 1979 I was devastated. He was about to undergo a life-saving bypass operation and then everything was supposed to be okay. I’ve realised since that Mum was a lot more prepared for this than either Barbara or myself.

I spent the night he died in Sydney in a hotel with Mum. Just the two of us. It’s probably one of the closest mother-son moments we ever had. I learned more about her then than any time before or since, I think.

She showed me her resilience and ability to change and to cope. She was a very determined woman. She needed to be.

Even when the ageing process started to reveal itself in small but significant ways, Mum was never one to just sit back and say “Oh I’m too sick to do that” — it was just not her style.

She’d always led a very busy and selfless life. She’d done this literally for her entire adult life — including time spent in the Australian Women’s Land Army helping the war effort, and of course 60-odd years as a volunteer with Eurobodalla Homes for the aged. Right until just before she died she was still organising and looking after ‘old people’ — some 20 years or more her junior at ‘The Coffee Pot’ in Newcastle, organising brunches, speakers, crafts and other activities that tie people together socially and spiritually.

How do any of us get to make our mark in life? How is it possible to make changes in a constantly changing universe? What would we best like to be remembered for when we eventually leave this mortal life? 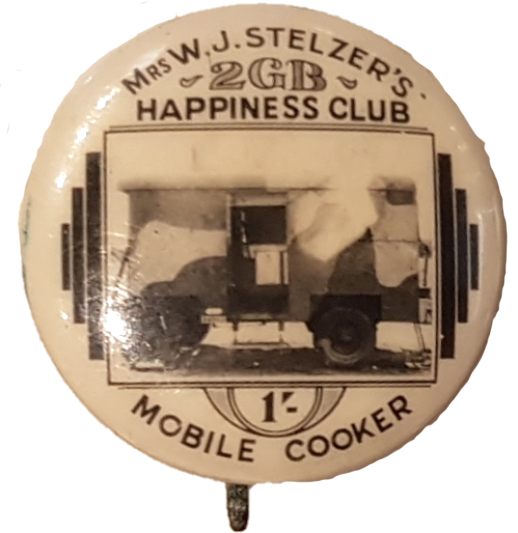 I think my mum might like to be remembered by the following verse. It is the motto of her club Eurobodalla Homes, originally called ‘The Happiness Club’

“We are helped by helping others
If we give, we always get
Seeing others as our brothers
Is life’s safest surest bet

If we give what (people) are needing
It will help us in the end
And we can’t just help succeeding
In the game of life my friend.”

My mum may now be at rest, but her bright spirit will shine on all of those who had the pleasure of knowing her forever.