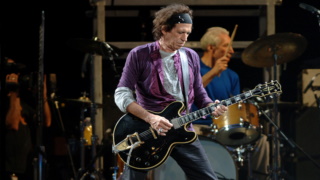 It would be great to say ‘I’m independently wealthy’ – and in a way – I am.

Not in cash of course (like most people I still have to work to get that! - even while caravanning full-time!) but money is not independence, and I don’t work just for the money.

Money gives you the ability to make choices that’s for sure, but you can still be independent – a free spirit if you will – with much less than the bank account of a top celebrity.

In today’s world we all need some money of course but it’s possible to live on ‘less’, enjoy life more and buy yourself some time to work out what it is you are REALLY good at so you can do it and be the success your parents always hoped you might be and be happy at the same time. But you have to really WANT it.

If you thrive on being unhappy then it will never work.

DROP A NAME!...
Back in the early 70's while working in the music industry in the UK part of my daily job involved rubbing shoulders with some of the most famous people in the entertainment world.

It really was no big deal to me at the time – it was just a job, and someone had to be there to help record groups & people like Roxy Music, Elton John, Pink Floyd, Leo Sayer, Bob Marley, Rod Stewart, Robert Palmer… know what I mean??

But the reason for mentioning these people is not to name drop – it’s to let you in on an amazing secret.

Not one of these celebrities was REALLY happy.  Not one!

They were all to a lesser or greater degree, miserable.

Divorces, court cases with record companies or managers, drugs and alcohol abuse. It just seemed that at every corner there was some problem – some issue that was causing grief, pain, anger, or resentment in their lives.

All the money in the world – and some did have quite a lot of the folding stuff I can assure you – never bought them a moment of happiness.

How tragic is that?

If you were to read the papers at the time these ‘celebrities’ were living the high life, enjoying their fame and fortune.  But the reality was totally different. 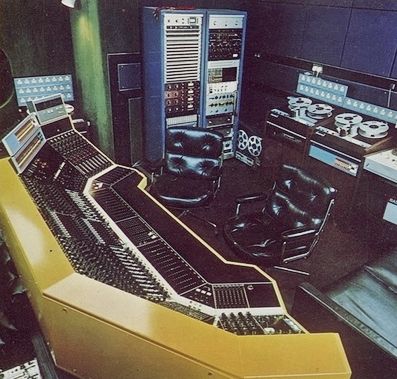 Some were exceedingly generous to me personally, but was this being ‘overly generous’ just a way of compensating for something else in their lives? – Some deep-rooted problem perhaps?

Take for example Rolling Stones guitarist, Keith Richards.  (Incidentally a really nice bloke & amazing he’s still around!!) - but back in the mid 70’s we were trying to record some overdubs on their recently recorded live version of ‘It’s Only Rock n Roll’ live album.

Sessions usually started around 6pm with Keith turning up about 7 hours later around 1am with his then squeeze Anita Palenberg – off his face on who-knows-what most times.

The recording engineer (Dave) and me as his assistant, weren’t very impressed with Keith because his lateness meant we had to carry on working while the stars could go home and sleep!

After a few weeks of this we were probably showing an ever-increasing cooler attitude and Keith obviously knew we were a bit ‘p---ed off’ at him for not arriving earlier.

I was only 22 at the time, trying to be polite and of course professional, but unlike a lot of the hangers on I just wasn’t into the whole ‘sex, drugs & rock ‘n roll’ thing as a way of life – I just liked the job in the recording studio.

Keith knew that plus he knew why we were annoyed with him and he asked us what did we really like, say - to drink.

I thought nothing of it until the next night he arrived and handed me six bottles of Jack Daniels whiskey and Dave the engineer the same amount of Courvoisier.

Keith was saying ‘sorry’ the only way he knew how – by spending some of his money.

Even though he was the ‘client’ and we were supposed to put up with his annoying habits - he was using his money to say sorry the only way he knew how.

But I never remember Keith ever being really happy. Even with all that fame and fortune!

We spent three months with him every night, seven days a week, and obviously we chatted and ate and drank together quite a lot.

Prior to that I had stayed with the Stones for about 3 weeks at Mick Jagger’s house Stargroves in East Woodhay near Newbury in the UK doing overdubs for some other Stones track – in fact I’ve written about THAT encounter before!

It’s worth mentioning that unlike the other Rolling Stones member,Mick always got up early every day to go jogging – no matter how late the sessions had gone the night before.  It’s no accident he can dance his way through a 2-3 hour concert!

Mick also has a degree in Commerce – smart boy!

But Keith? – no, he was never really happy any time I saw him.

So much for ‘fame and fortune’ being the key to a happy life.  It didn’t work for them, and it won’t work for you or me.

There are plenty more examples and not necessarily those you hear about in the news every day - but to name and shame would be to reveal who they are, and their personal lives are not as public as the ‘world’s most famous rock stars’ so it wouldn’t be fair.

But at the end of the day. what is fair in the endless pursuit of money, especially mountains of money?

In fact there’s a great story for another time about a bloke here in AU – a tradie - who recently won $30million dollars on Lotto.

12 months later the ex-tradie aged in his 30s told news.com.au:
“What my motto has become, is that winning the lotto doesn’t make you any happier, it just makes life easier. If you’re not happy, and you want to win the lottery (to change that) you’re going to be terribly mistaken.”