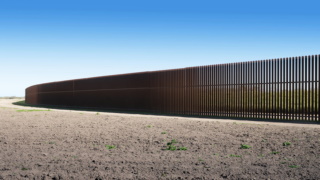 Amusing isn’t it?... all the fuss that’s been made in recent years about walls around the world, with special reference of course to former US President Donald Trump’s little effort down Mexico way!

The mind boggles at the cost of such an effort, especially as I would be prepared to wager, any industrious Mexican who desires a better life in the USA than he can get at home, wouldn’t find that fence too much of an effort to get past.

It’s very much like those ‘security doors’ that are so popular here in Australia, the ones with fancy metal frames and stainless-steel mesh, all to keep us safe on the inside of the property, (don’t worry I have them as well!), while right alongside them there is unfailingly a window that any serious burglar could be through in about ten seconds flat!

But the irony of the situation is that angry people from all over the world complain about this ‘wall’, accusing the Americans of a new way of spoiling the liberties of millions of people.

‘This is some new evil’, they scream in anger, ‘almost a form of torture’ and ‘never before have people been treated so badly, herded like cattle’.

But hold on for a moment, this doesn’t sound quite right to me, little bells are starting to ring inside my head and the idea simmering there pops out and show itself!

What’s all this nonsense about the great wall of Mexico being the first to keep people either in or out of somewhere?

What about the ancient earth-work walls that were built all over what is now England, to keep enemies out and to delineate territories. Massive works, that stretch even now, for miles across the open countryside thousands of years later, but still intact in many places.

To the ancient Britons, this must have been an enormous task for many people, using tools made of stone and deer antlers. 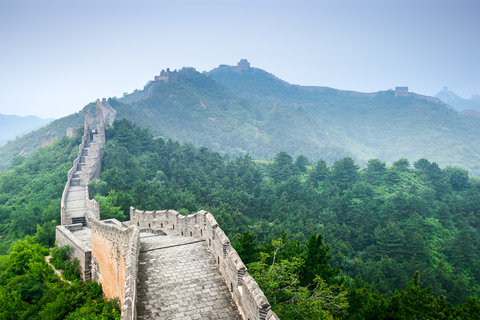 And at much the same time, in China, there was another wall going up, as early as the seventh century BC and nearly twenty thousand kilometers long by the time it was eventually completed in the Ming dynasty, about sixteen hundred AD.

Just like Mr. Trump’s, it’s designed to keep people out!

As was the next famous wall that none of the shouters of today seem to remember - back in Britain again, during the time of the Roman occupation of the country and known as Hadrian’s Wall. 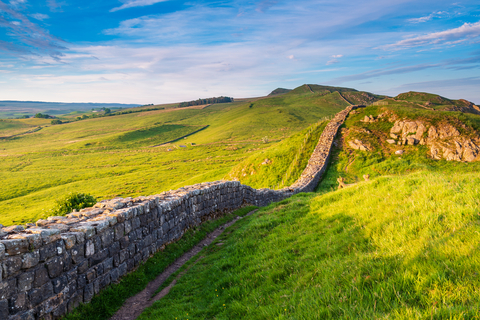 Another mighty adventure in civil engineering, it stretched right across the north of England, this time to keep the Scottish, known as Celts and Picts, medieval war-like people who caused the Romans no end of trouble, north of the border the walls created.

Another great defensive wall. Similar to Hadrian’s and serving much the same purpose was the Great Wall Of Gorgan Wall (Iran).

This one ran for approximately a hundred and twenty five miles across the north of Iran and in this case it was there to keep attacking Hephthalites and Turks at bay. It was built in the fifth century, is two hundred kilometers long and ten meters thick. It has been adjudged by experts in walls, to be amongst the most sophisticated and ambitious of all the great defensive walls, throughout the world.

In modern times, a particular wall is called to mind, the Belfast Peace Wall which, as the name implies, was built in that city during the time of ‘The Troubles’ and it was demolished again once a degree of peace returned to the area. This isn’t really a very famous wall but again it did do duty keeping the two involved groups more or less apart.

The other really famous wall is another modern creation… the Berlin Wall.

It was erected by the communist authorities of East Germany to stop their people trying to escape into the western part of the city, which was controlled by America, France and the United Kingdom.

It is significant, and perhaps important to note that, while many East Germans made the attempt at crossing into the west, some of them losing their lives in the effort, there were very few who wanted to go in the other direction, suggesting that this wall was there solely to keep their own people in rather than to keep an enemy out!

So, as I suggested at the beginning, Trump’s wall is by no means unique; as with most walls, it is designed to help control people either their own or some kind of outsiders and, as with most walls it will in the end be doomed to failure – the human spirit is so much stronger than any wall can be.