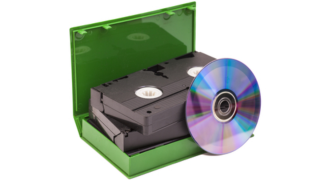 You could almost hear a pin drop as the announcer walked up to the microphone and began to speak in hushed, almost reverential tones – ‘Ladies and gentlemen' he intoned in that rather theatrical way they so often do..., 'Welcome to the finals of the 'Decade of Transformation Awards'.

A smattering of nervous applause.

He continued… “There have been so many entries this year it's going to be difficult to select a winner. Will the CD (or compact disc), launched in 1982 finally find its way into the winner’s circle.?

It's certainly in with a very good chance. Not only has it increased the portability, versatility and fidelity of music, but under normal conditions it is virtually indestructible, and the thousandth play is as good as the very first.

Will it eventually go the same way as the LP record or cassette tape? 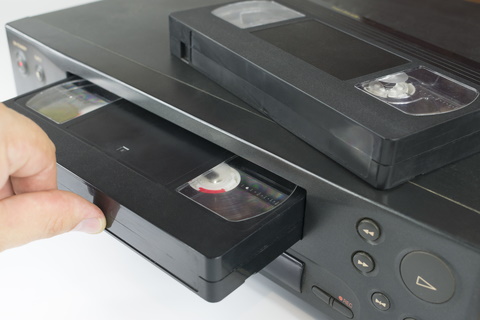 Our next contestant has certainly influenced the habits and lifestyle of a nation, particularly families. Often unable to afford to go out to the cinema regularly, they can now watch 'blockbuster' movies in their own lounge room thanks to the video cassette recorder.

With satellite services adding to the choices available on local and national television, the added advantage of owning a VCR means we can now effectively 'shift time' by recording now and viewing later. Surely the VCR along with its first cousin the 'camcorder' will stand a very good chance of picking up the prestigious 'Decade of Transformation Award'. 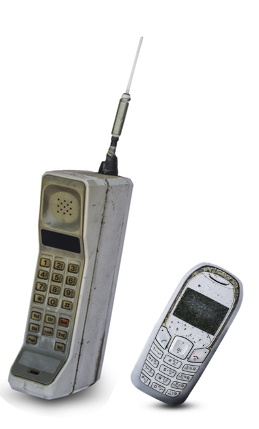 Once considered an expensive toy only to be found in American movies, the portable telephone or cellphone, has been entered in these awards for the very first time.

Of course the technology has been with us for some time, mostly in cars or as heavy transportables lugged from place to place, but changes in legislation and a growing demand from businesses and upwardly mobile individuals has helped bring the cost down to something we mere mortals can afford.

Now, almost anyone who wants or needs to keep in touch can do so, wherever and whenever they want.

The sheer number of entrants in the 'Decade of Transformation Awards' and their credentials are impressive to say the least. However some might say that so far, not every entrant in these awards has affected the majority of people or transformed their lives over the last decade.

Well let's see if our final entrant will alter their thinking because it has managed, despite its sometimes 'covert' manner of operation, to make itself a part of almost everyone’s life at some stage in the last ten years, it is of course… 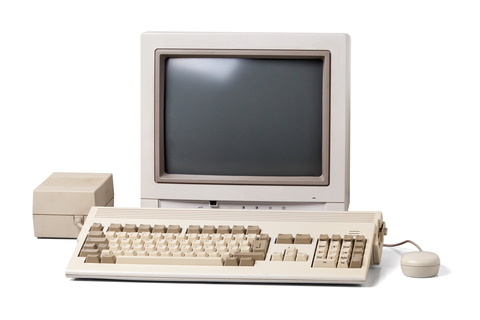 With an ability to be all things to all people. Like the telephone it can be used to communicate sending and receiving faxes or other data, or interactively offering tutorials or other specialist training programs.

The computer can and does fulfil the role of 'complete entertainment centre' for many people. It can play music, videos or games. Using it, you can write words, follow your finances or paint pictures.

Computers certainly aren't threatening any more - in the early '40's they came in many weird and wonderful shapes and sizes and filled whole rooms. Colossus in 1943 helped the British war effort and ENIAC in 1946, needed so much electricity to run, it dimmed the lights of Pennsylvania USA when it was first switched on.

Yet not so long ago you could be excused for thinking some computers looked a bit like washing machines.!

Only in the last decade or so have we witnessed the amazing 'shrinking' act of these 'silent invaders' that have transformed our lives.

Well, our judges seem to be having a difficult time deciding the winner. The Portable Phone perhaps ? - it certainly does have a high profile and appears to be multiplying like rabbits, or will the honour go to the VCR ?. So much enjoyment for so many from this incredible box of tricks.

Wait. We have a winner. The judges are unanimous. 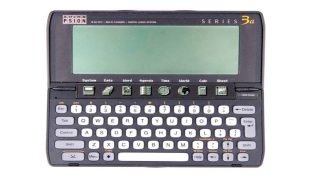 The coveted 'Decade of Transformation Award' for transforming the lives of a generation  and  for  outstanding  service  to  education,  science,  medicine, communications, finance, banking etc. goes to...the Computer!

© April 1993 - Brian Pickering un-edited & as entered in a UK writers competition 'Transforming A Decade' (which I didn't win sadly!) :-( - Written on the PSION portable computer (pictured above) - 1993