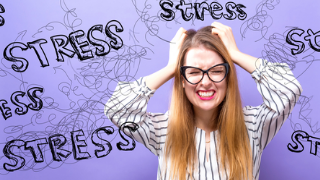 My dad died way too young.  I’m reminded of this every time I see my father-in-law who - at the time of writing - was a ridiculously fit 80 something (sadly he passed away peacefully in 2021 aged 96) who went travelling with his buddies on cheap boat cruises and loved taking his girlfriend dancing. (She’s not into travelling like he is).

But back to my dad who survived a war related stress-induced condition diagnosed as PTSD only to suffer worse stress trying to maintain the lifestyle he’d put in place for his family – which included a fabulous house, new car and for the time (50's & 60's) flash holidays etc.

Then he lost the job he’d had for 25 years. He’d started  sweeping floors as a teenager and risen to company secretary.  He was asked to compromise his ethics and to ‘cook the books’ for the company. He wouldn’t - so they fired him. He was 49 years old and back then when you were unemployed at 49 that was it!

My father was a bloody hard worker – up at 5am, home at 8pm - and in the end they sacked him and ten years down the track after moving from job to job – even a new country to make a fresh start - it ultimately killed him! For what?

What good was that? Just as I was getting to an age when we could be real buddies together ‘man to man’ he was stolen from me by ‘stress’!

Sadly – he’s not the only one.  Every year thousands of people die way too early from stress and stress related illnesses. You won’t even know how stressed you really are most of the time.

Stress is the #1 ‘silent killer’ and manifests itself in high blood pressure among other things. Stress related illnesses also include cardiovascular diseases, diabetes – the list goes on and on.

It wasn’t until I actually asked Jack, my father-in-law what was his secret to looking and acting so youthful was – hey he’s still got most of his hair – and d’ya know what he said?  Just three little words;  “I don’t worry.”

BAM!  That was a bit like one of those big searchlights going on.  You know, the ones they have at movie premieres and the like.

Don’t worry?  What does that mean?   With a bit of prodding Jack added that over the years he always tried to do what he could – the best he could - and the rest he chose not to worry about despite his wife or boss or whomever thinking he should be worrying about ‘it’ like they were worrying about ‘it’.

But ‘not worrying’ is easier to say than do.  And it’s not something that clicks into place and stays there forever more.  It takes practice. Daily practice. But it can be done.

So the main aim here is to reduce the amount of stress in your life for good and still keep everything moving forward for you, your partner and/or your family.

I’m not a health professional so I won’t try and tell you how to reduce stress by exercise or prescription drugs – for that you need to see your doctor – but I will say that part of the problem regarding stress is our attitude or reaction to things that happen to us on a daily basis.