So How On Earth Did We REALLY Get Here? – Brian Lee 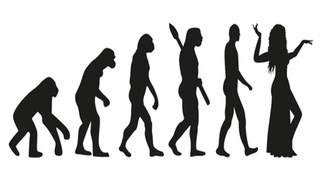 Friends who know me know that I am not a religious person.

My personal belief is that there has been a logical progression of the Earth and its development, involving evolution and physics, where it all started as a red-hot ball of iron circling around a fairly young star, which we now call our sun.

The way I see it, over many billions of years, as the hot ball cooled, a crust formed on its surface, comprising most of the lighter elements the ball contained mixed in with the iron, chemicals like gold, carbon, hydrogen and all of the other minerals we dig out of the ground today.

Eventually everything at the surface cooled down enough for water to condense, lowly plants and single celled animals to come into being, living in the water; just a few of them containing DNA, which was the original building block that formed during the cooling and was the source of life to this day.

A totally insufficient explanation I accept, but I do feel this is basically what happened over that enormous period of time!

Once the initial building blocks were in place, evolution got started, changing the primitive creatures and plants gradually and becoming more sophisticated as the requirements of the cooling world changed the environment, a system that took another few billion years, before the world started to look more or less as we know it today.

More and bigger plants grew under the sea, some moving onto dry land by the distribution of seeds, etc.

Dinosaurs came, and went after several million years, forests grew and prospered, their dying trees rotting and becoming the coal we are trying to stop using now! Layers of the planet’s surface floated about on the great lake of molten iron underneath, new rocks formed and re-formed as creatures in the seas died and their shells turned to stone and the forming rocks were then folded into the mysterious shapes we can see on any cliff-face.

As I said at the beginning, I believe everything follows a logical progression, a progress that is still going on, at the same rate, today!

I’m afraid, (in my mind), the same cannot be said of the Bible, where most of the facts listed therein seem to demonstrate anything but logic!

To explain what I mean here are just a couple of examples of the many thousands that can be found in the ‘Good Book’ – first, two extremely simple stories in Genesis, one that the Lord made the Earth in six days.

When he did so, why did he take the time and extra creational work to bury the bones of the millions of dinosaurs in the rocks he created, that get dug up today by archeologists and second, and second the story about Adam and Eve being the first humans on the planet.

If Adam and Eve were the first humans, where did the wives come from for their sons?

I am also unable to become reconciled with the idea that five thousand people could be fed with five fishes and a loaf of bread – OK, a miracle, the Christians would say, and I can’t argue with that, but I don’t believe in miracles, just as I don’t believe in religion, so we’ll have to go on our separate ways with this one.

I’d have to say though, that I have seen modern conjurors perform similar tricks, apparently using no equipment all.

I hasten to say that I do believe that miraculous things can happen occasionally, but I see these as inevitable in a world where so much is going on all the time, governed more by the laws of chance, rather than something paranormal or religious.

The Bible was written, over a period of maybe hundreds of years, by many writers, whose scripts were drawn together later, to form first the Old Testament, then the New Testament. 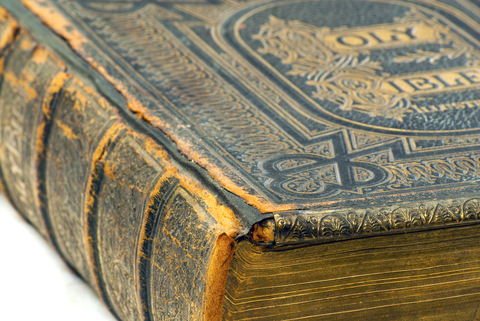 It was written in an age where few were educated, and even those that were, would seem to have very primitive ideas about the world around them, compared to todays, still incomplete knowledge.

But those early writers were obviously great story tellers, relying on ‘word-of mouth’ repetition, from thousands of other story tellers, their ideas and semi truths building into the tome we know today, regarding the creation and subsequent history of Earth.

They wrote in a form that ordinary people could understand, a form that contained a grain of basic truth, but as allegories rather than fact; even the real timescale would be beyond the comprehension of most, and the educated people wouldn’t have the knowledge to dig into the earth around them, to help understand what had come before.

The Bible also goes well beyond history, being a very carefully created religious work in which basically any question was answered, both for and against proposals, (‘an eye for an eye’, and ‘turn the other cheek’ are good cases in point).

So I shall stick with my evolution and physics theories regarding the Earth and its origins, while accepting that the Good Book does provide a valuable work of reference to those needing answers to many questions.