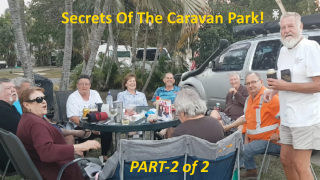 We once asked a solo female traveller Sandra, was she ever frightened travelling alone?... she said “No not really. You can get killed or raped in your own home”. Sadly, how right she was!

And while we live by the principle ‘what you fear is what you attract’, we’ve installed a motion-sensor security light and two small CCTV cameras with auto-recording between dusk to dawn every day. 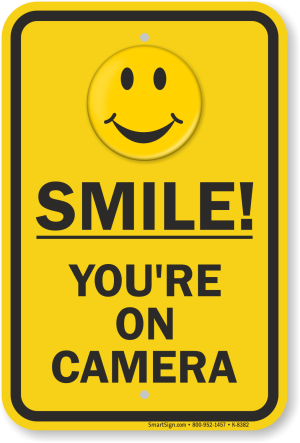 Why?... Because one night in Toowoomba, someone had come inside the park we were in and nicked two of our very cute cushions from the chairs in the annexe. Another time here in Hervey Bay, we had accidently left the car unlocked and the next day noticed the passenger door was ajar.

Inside, the entire contents of the glove-box had been scattered all around and the small medicine kit had been rummaged through, no doubt looking for either cash or drugs. Neither of which we use!

But lesson learnt. And this was before our security setup.

Then as recently as last Christmas,  someone – possibly a few people – managed to get in (despite the security gate in this park) and pinch 2 electric scooters a father had just given to his kids!

So the light outside our van / annexe, coming on with any movement, we hope will just be a subtle reminder to ‘STAY AWAY!’

But on the other side of the coin are the arguments between partners.

It’s safe to say most couples will ‘have a go’ at one another from time to time.

Sadly this happened only recently with the couple directly opposite our site.

We heard shouting – almost screaming & crying with both people accusing the other of ‘something’. 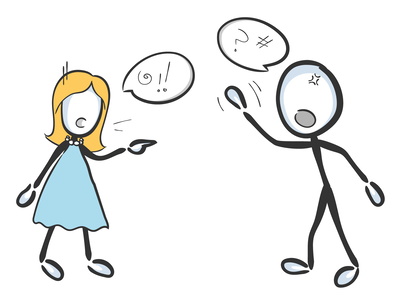 Long story short. One day their small dog went missing in the park after one of their altercations. Kaye & I were already concerned about the arguing and were keeping an eye out generally. Once they both emerged from the large tent setup they had, we offered to help look for their dog. Kaye went around with some doggy treats and I followed the lady in a different direction.

I could tell she was VERY distressed. Not just about the dog, but the arguing a few minutes before.

Realising we were well away from her husband I said “Are you ok?... We heard something and just wondering if we can help at all?” She was crying a lot and I said, “If you need to talk to someone please call 1800-RESPECT, the domestic violence hotline”. She said “I can’t leave – I have nowhere to go!”

Somehow she must have mentioned this to her husband who was never very friendly to us anyway, and given they already knew we had security cameras, they asked the park to move them to another site because (as they said) they’re invading our privacy. As if we’d sit there watching them! – We certainly have much better things to do with our time!!

Meantime we hope they get to resolve everything they are going through in their lives.

Ok… now the ‘semi-permanents’… And we’re in that class having been 4months in Cairns, 6 months in Toowoomba and now in Hervey Bay for just on 2 years! 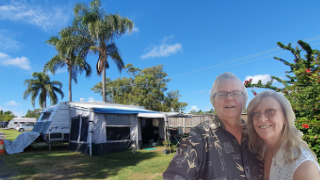 Why?... Well, we like ‘the bay’, the people, the atmosphere, the local Butchulla mob, the easily reachable other locations within a couple of hours or less plus a couple of great new friends we’ve made!… And while we probably won’t stay here forever just now, we’re not in a hurry to leave – yet. Although we will probably come back one day!

So in the park we’re in, there are about 5 other ‘semi-permanents’ like us. In fact one of them has been here about 7 years apparently! Whether that’s for financial reasons or lack of housing or maybe just wanting to ‘run away’ and be semi-hermits. A bit like us to some extent.

Anyway the one thing about the ‘semi-permanents’ is that we all tend to keep to ourselves. We’re friendly with each other – well most of us! – and we enjoy the peace & quiet. Especially off-season!

But there was one lady - we’ll call her ‘Karen’ – who was a never-ending whinger.

‘The pool was too cold. The grass wasn’t being mowed enough. The toilets are cleaned at the wrong time…’
And on and on she would go. In fact she would go around to other semi-permanents and ask our opinion probably so she could go to park management and say “see, everyone here agrees with me!”

Then there are those that have their TV or radios up VERY loud, often until late at night or very early in the morning.

You see, the one thing we learnt early on was that living fairly close to each other, you need to be ‘discreet’ when having a conversation – especially if it’s about a ‘neighbour’. So ‘sotto-voce’ is always top of mind… especially when doing a Mrs Kravitz looking out the window to see what’s happening with the neighbours! 😊

Anyway there you have it… and that’s only the beginning of some of the things we’ve seen.

Maybe there’s a TV show in it one-day… who knows? But to be honest right now we wouldn’t have it any other way. As they say… ‘Livin’ The Dream’!