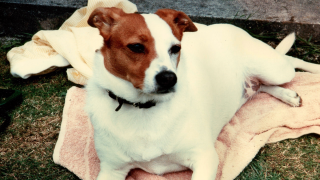 Except for very short periods between losing one and getting another, my wife Jacqui and I have never been without pets.

They unfailingly became true members of our family and we always weep when one of them either dies or needs to be euthanized due to old age and ill health.

Somehow, home just wouldn’t be home without one or two of our little mates, joining in the fun of life, with us.

We’ve been married for sixty-two years and have fostered a lot of pets in that time, so I’ll only talk a bit about a few of the more notable ones, or else you’ll either go mad with boredom, or you’ll write to me telling me what you think of my blanket-blank pets!

The very first was 'Chum', a small terrier of unfathomable parentage, who I bought from a pet-shop in Auckland.

He was a great little dog, very faithful to such an extent that he would follow Jacqui to the nearby railway station when she had to go into town for a few hours, and when she came back home in the evening he would still be there, on the platform, waiting for her.

We sadly had to give him away to a friend after a few years because we had to return to England and couldn’t afford to take him with us - that was sixty years ago and I still get an occasional twinge of guilt when I think of the little fellow - I hope he got on alright with his new owners. 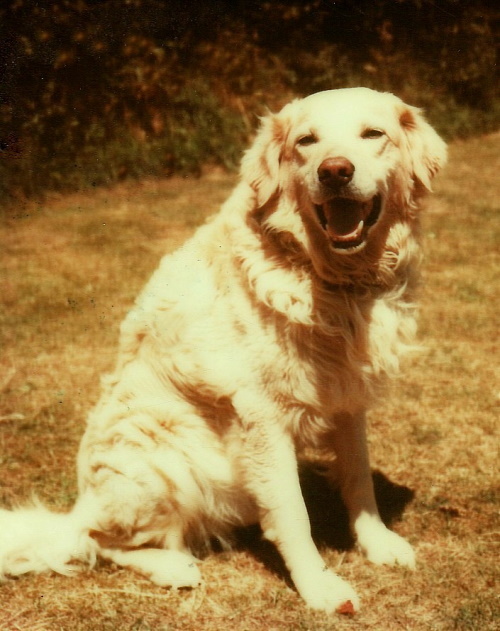 Soon after our return to England, (which we bitterly regretted incidentally), we bought another pet-shop dog in Bath, a beautiful golden retriever pup who, for some mysterious reason we called 'Grotty'.

He grew into a really handsome dog, very much a one-man animal who decided he belonged to me, and he was with us until he died over fifteen years later, from old age.

He was the sort of dog who, if I wasn’t there would let people into the house, no trouble at all. But if they tried to get up to leave without special clearance from either Jacqui or me, he would sit right in front of them and growl menacingly, not letting them move until told it was alright.

A very good house dog, I always felt Jacqui was pretty safe against attack while he was there to look after her, and I wasn’t home for any reason.

When Grotty eventually died because his inner workings packed in, our three children, who were now young adults, couldn’t remember life without him being around - it was a very emotional time when he left us for the big kennel in the sky!

After Grotty died I was all for becoming ‘pet-less’ for a while, but that’s when fate took a hand. Jacqui used to run a stall in a market at the time and about three days after his death a woman came to look at what was for sale there.

Jacqui noticed that the lady looked distinctly unhappy, and also that she had a little Jack Russell puppy inside her coat, its head peeping out from under her chin. Naturally she reached over to pat the little dog and the lady immediately started to cry, and the story came out, though I can’t recall much of it as I wasn’t there; it turned out that because of a sudden change of situation it had become necessary to get rid of the little animal after only a short period of ownership and she was just on her way to have the dog euthanased, much to her distress.

And that was it - before you could say ‘little dog’, and after all our decisions about waiting a while, we were once again the owners of a dog, who we named ‘Mindy’.

I was a bit unhappy when I came home from work and found this new creature in our house, but I think she understood I was the one who had to be won over and she was all over me from the moment she first saw me.

Sadly we only had her for about five years before she died of cancer, but she was great fun to have around and a very intelligent little dog - we daren’t say things like ‘park’, or ‘walk’ because would immediately go and get her lead, or if I came home wet from rain, she would rush off and get me a towel - honestly!

We’ve had many other pets since then, but I have no room to write any more right now - I’ll continue the story at a later date!