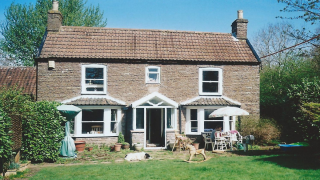 My family, on my mother’s side were born and bred in Cherry House, a lovely old cottage, that the family built themselves, or had built in the late eighteen hundreds, I’m not quite sure which.

The site of the building was at Frampton Cotterell, a small village in those days, in the heart of country Gloucestershire, in England, though the place is now almost a suburb of Bristol, as the city stretches out its tentacles, growing ever bigger! 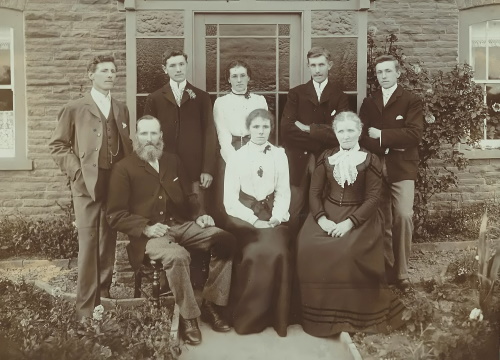 In order to build the house, my great grand-father actually dug a quarry in land that eventually became the orchard belonging to the property, from which the family extracted all the stone needed for the building, a hole that is there to this day, hidden amongst the many beautiful fruit trees they later planted there.

The house would certainly appear primitive to the modern eye - the ground floor is of flagstones, extracted from the quarry, laid straight on the bare earth, with no damp-course of any sort, yet up to the last time I visited the place, about fifty years ago, there was no sign of damp, rising or otherwise!

Of course, there were no modern facilities in those days, especially for a house built in the country, rather than urban.

There was no running water for a start, and all that was required, day by day, needed to be drawn and fetched from a pump they installed, again out in the orchard, a good fifty meters from the house, that being, I guess where the spring they used was situated. 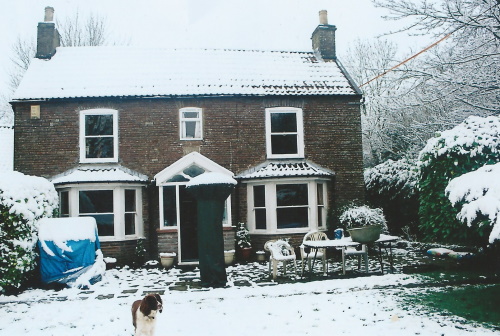 The lavatory wasn’t in the house as it would naturally be today; a hole was drilled in the ground deeply, just outside the back door, with an outhouse constructed over it, using the same stone from which the house itself was built.

Cooking was carried out in an elegant iron oven created in the fireplace of the living room, with a large kettle of water always kept on the top of it, ready for general use like washing or making tea, which meant a fire had to always be kept burning, summer and winter, though it was kept to a low ‘simmer’ when not needed for cooking!

Lighting came from numerous oil lamps stationed at strategic points about the place, domestic electricity was yet to be invented!

But the walls were, (in fact still are), thick and solid and the windows stopped most draughts, so the place was surprisingly comfortable, if hard work to look after, no washing machines, no cooking devices, no radio or television and no carpets on the flagstone floors, just a few rugs.

As well as the very large orchard at the rear of the property, which produced delicious plums, various varieties of apples, walnuts and hazel nuts, there was also a vegetable garden in front of it, almost an acre in size, on which the family grew all of their vegetables, and in season strawberries, raspberries and gooseberries.

Not a surprising size actually, given the fact that there were eight people in the family, five of them healthy males, as can be seen in the photograph below... (A). 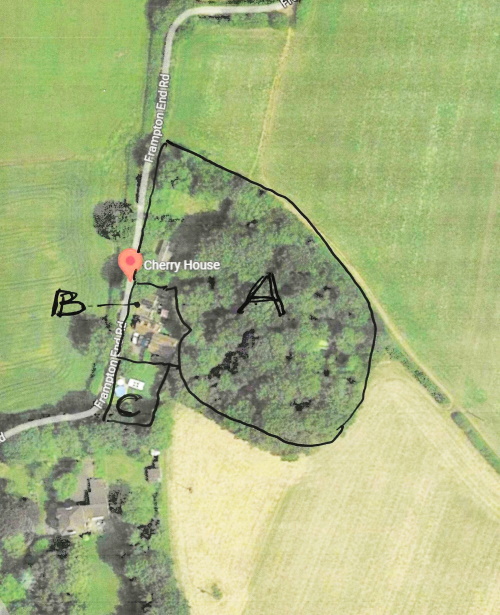 Add to this the fact that Frampton was only a very small village which I doubt would have any sort of green-grocers or such like and so most people would be growing their own.

I’m guessing now, but I imagine they bought their meat requirements from a local farmer, which was quite normal in those days, butchering the large joints themselves into smaller, domestic size, storing it in the larder cooled with purchased ice.

Life in the late eighteenth and early twentieth centuries was vastly different from what we have become used to, just a short century later, we would undoubtedly find the life excruciatingly hard at Cherry House, but on the other hand their lives were much simpler than ours, their diet was good, especially in the country, there were none of the tensions caused by today’s monstrosities, such as Facebook and all the other impositions on our privacy, all caused by the invention of the computer!

Who would have thought, thirty or more years ago that the dreaded machine would have such an effect on our lives; I recall reading somewhere that the then CEO of IBM, making a speech, in the fifties I believe, said that he thought that eventually, in many years’ time, there might be as many as seven computers operating around the world - how wrong was he?