Religion... What's It All About Really? – Brian Lee 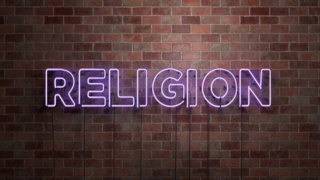 I’m not religious, in fact I don’t believe in any sort of deity at all. My belief is that organised religion was and is something designed by man, to provide control over men and women, in exactly the same way that politics operate. That’s just my opinion of course, but it is an opinion I hold to firmly.

Though I have no religion, I still think I can claim to be a reasonably good person, just as much as anyone religious; I know the difference between good and evil; I try to do the best I can for other individuals; and I try to be as honest as it is possible to be.

I believe that the world and all life on it, is here by pure chance, as a result of two basic laws, the law of evolution and the law of physics.

Evolution, is still going on all around us, but usually at such a slow rate that it is virtually invisible, except in unusual circumstances such as, just to pick one instance at random, the development of the motor car.

This vehicle was at first, little more than a four wheeled cycle with a small engine attached, but just look at it now, sleek, efficient, fast, and able to take several passengers on long journeys; and produced at a reasonable price through the evolution of mass-production!

As for physics, well I believe that this is the engine that makes it all work. A tiny example of just one way I see physics at work; take a container of water and lower the temperature to zero degrees Celsius or below and the water has to turn into ice, except in one or two very special situations; and that’s just one rule in millions of others, concerning everything!

Consider all the dreadful things that are happening, or have happened all over the world, which I believe are either through pure chance, or due to the greed and evil of mankind itself; not a God!; if I am wrong and there is a God, then I think that He/She/It must be truly awful, to allow such things to occur!

What genuine God would allow paedophiles to attack and even kill, His/Her/It’s young children, the next generation of his subjects?

If, as we are told God is all seeing, all hearing, all loving and all forgiving, what is the point of all these dreadful occurrences? Oh the priesthood will tell us God moves in mysterious ways and we should have faith, but if He/She/It is going to forgive us anyway, why make us live through this purgatory?

Remember too, that the Bible, (especially the Old Testament), is actually a history of the Jewish race, but it was written at a time when virtually all writings were of a religious nature as it was only the clerics who could write. The New Testament, I believe, was written a long time after Jesus had left this world and while a lot of its content may be true, nonetheless it was embellished, to make a point, or to make the story more understandable. 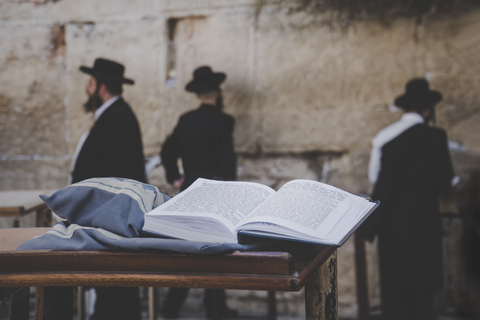 At least there is logic in evolution and physics, it all works together and has done so for billions of years, governed only by chance and coincidence. Even religious experts tend to concede today that many of the stories in the Bible are rhetorical rather than factual, as in the stories of Creation and Adam and Eve – the evidence for a very old world is clear to see.

So, I intend to go on living, to the best of my ability, doing harm to no one, giving help where I can and enjoying the beauty that nature has provided for us - purely by chance, but wonderful nonetheless!

And when my time is up, as far as I am concerned that is literally, the end - no eternity, no heaven and no hell. I will be quite satisfied with that, my life is not filled with regrets, in fact, apart from money I have been a very fortunate person, with a lovely wife, three great children, three super grandchildren and even one handsome young great grandson – who could ask for more!