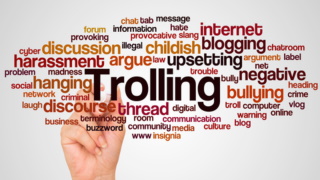 (Singing)… “You’re the voice try and understand it… Make it loud and make it clear… Whoooaaa…” A great song by Aussie legend John Farnham, right? Since the release of this song in 1985 — pre-internet, which basically started in 1989 — many people have taken the idea of ‘free speech’ to another level. Especially online!

It’s one thing to be able to say what you think or what you feel, it’s another to put people down with derogatory comments, especially online and especially on places like Facebook, Instagram and (sigh) ex United States’ president Donald Trump’s favourite public platform, Twitter from where he was banned in 2021 due to “inciting violence via his tweets”!

We’re all aware social media has dramatically changed how we think, act and react.

Whether that’s good, bad or indifferent is a topic for another time. The sad facts today are that many people online have ‘profiles’ that don’t say who they really are. This allows them to ‘troll’ posts, say stupid and demeaning things and basically get away with (if not murder) slander, or worse, belittling others!

An example confronted me recently on a closed Facebook group about Australian caravans. 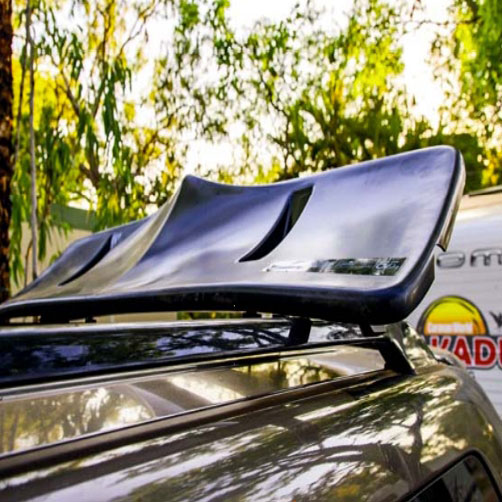 As a caravan owner, I posted a request for some basic information about a device that would help save fuel as well as give extra stability to the caravan as it was being towed.

The device - called an Aeroplus Wind Deflector - has already been tested by an independent United Kingdom organisation with regard to effectiveness, safety and usefulness for the average caravan operator etc.

Basically it’s a ‘wing’ that sits on top of your car and pushes air away from the caravan making the air-flow better while towing, thereby saving fuel and creating stability. I got some great, helpful comments from people who were also looking for something similar, plus a few from those who had already used them and thought they were great.

Then came this… Actually, I can’t post the vitriolic, demeaning comments here, but basically the comments contained several expletives calling me (and others who’d generously offered help and advice) stupid, and quoting his experience as a truck driver and that “these things don’t work, are a waste of money and you’re a loser”. Quote. Unquote!

A simple ‘can you help/advise please’ turned into a affronting thread that, to be honest, makes me just want to say, “Meh!… why am I even on this group?” Right?

While 99 per cent of the many comments were helpful, especially from people who had used the same device, backed up by ‘official, non-supplier research’ in the UK, that one hurtful comment made me think ‘Why are people so unkind?’ (with apologies to Kamahl).

I didn’t ‘like’ the comment or do any other emoji, I just ignored it. And so should you!

I guess that’s the lesson we can and should take away from this. Ignore the keyboard warriors out there, block them if you can, and simply move on.

It is always better if you do not respond. A response is exactly what these people want! While debate and free speech is great, communicating with less-than-intelligent beings only lowers yourself to their level.

As a side note, I reported the comments to the admin of the group and that member has since been banned from the page. Another lesson perhaps, use the admins where you can?