Oh The Times They Are A Changin'! – Brian Lee 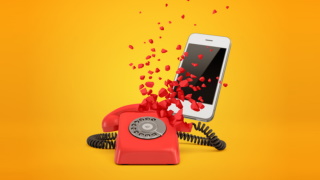 I sat in our living room last night, enjoying the comfort of my automatic lifting chair, the warmth of the air conditioning and playing with my iPad, when it occurred to me what vast changes had taken place in my lifetime, possibly the most fantastic period of progress in the history of the human race!

In 1935 when I first appeared on the scene, the majority of civil aircraft had two pairs of wings instead of one and were powered by a single petrol engine mounted in the nose.

A flight from London to Melbourne in the few larger, commercial sea-planes of the day, could take a week or more, at a price very few could have afforded, with the cost of hotel rooms on top of the airfare itself.

Computers had until very recently, been figments in the minds of people like H.G. Wells and were imagined as mechanical, like adding machines, rather than electronic. Even the experts of the time pronounced the computer as little more than a toy, and that the world would never find any general uses for them!

Many men still wore their watches on a chain spread across their waistcoat fronts, and clothing for both sexes was virtually all made out of natural fibres like cotton and wool, subject to shrinkage if not treated with a great deal of respect.

The motor car was just starting to enter the modern world, with the introduction of mass production techniques, some streamlining, and used basically the same form of ignition, etc., that had been in use for forty years or more.

Television was little more than a twinkle in some boffin’s eye and the jet engine was only being developed in deepest secrecy for military purposes.

Very few homes possessed the luxury of a telephone, and those that did usually had to share the service with at least one other customer, on what was styled a ‘party line’.

A telephone call, made over distances as short as twenty miles, had to be connected by an operator, while overseas calls were virtually unheard of.

Plastics, as we know them today were still to be invented; the nearest thing to it in nineteen thirty five was Bakelite, a material manufactured from cellulose, highly inflammable, and not really a true plastic because natural materials were used in its manufacture, instead of chemicals.

Even the supermarket was yet to be thought of and that monster wouldn’t be with us for another twenty years or more. In 1935 the local grocer, butcher and vegetable shop provided for our needs, along with a myriad of other small businesses.

It was also still the era when traders, etc., often came to you, rather than you having to go to them. The milk was delivered every day to your doorstep, often by a man who ran his business from premises just up the road from where you lived.

The postman made two deliveries a day, including Saturdays, one in the early morning and another just after lunch; coal was brought, in a sack on a man’s back, to the coal-shed near the back door; even paraffin oil was poured into your one-gallon can, right outside your home, from a mini-tanker.

Transport was so much friendlier in those days too, as well as much more popular, because so few of us possessed a car. Trains, busses and trams all had conductors, as well as the driver, to look after us, collect our fairs and tell us when we were nearing our destination.

Trips tended to take rather longer then than they do today of course, there were no freeways to speed us on our way, while on town-roads there was still a good smattering of horse-drawn traffic which could slow motor traffic down considerably.

But no-one seemed to mind in those days, the whole world moved at a much slower pace than today, and yet we all seemed to get to where we wanted to be, on the road and in life, just as successfully, if not more so, than we do today.

It seems that the more wonderful machines we design, to make life easier and things move faster, the more we want; greed and ambition has replaced satisfaction and happiness.

We, in the luckier parts of the world, live in the best, most wonderful environment there has ever been but despite all that, we are representatives of only a minority of the world’s population.

There are still vast numbers of people who don’t even live today, as well as we did when I was born; for all our successes, that is a rather sad statistic isn’t it?