My Life As A Stranger In Another Land - Brian Pickering 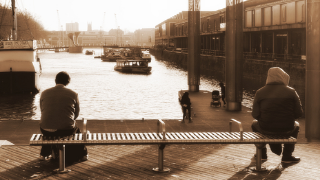 So have you ever wondered what it’s really like living in someone else’s country rather than just being ‘a tourist’? Over the years I’ve been fortunate to have lived and worked in Papua New Guinea (including several remote villages), the USA, UK & Spain (twice!)…

And those experiences have in many ways revealed what it’s like to be a ‘stranger in another land’.

Now I have to admit that I’ve never had quite the animosity or rejection some foreigners to Australia get, based mostly on their nationality, colour or religion!, but it has been an eye opener experiencing life in someone else’s ‘home’…. especially when you don’t speak the local language!

In 1970 when I was 17 my parents had to ‘reluctantly’ move to Papua New Guinea. This came about due to dad being ‘sacked’ from his job as accountant after 25 years with the same business from sweeping floors to company secretary as he apparently wouldn’t ‘cook the books’ for an impending sale to another company.

Work was hard to get as a 49yr old but an opportunity at the University of PNG came up and dad obviously thought “why not!” …

I had been working in radio in Newcastle since my 15th birthday and my parents thought at 17 I was ‘too young’ to stay on my own. The good news was that I managed to get a job with the local ABC radio station 9PA Port Moresby.

Now keep in mind I had no friends, no other family apart from mum and dad – who even as a teenager I got on with really well – and a new job working with 90% local indigenous people. 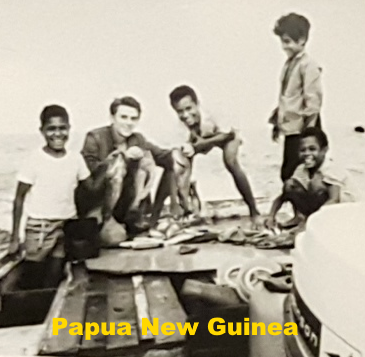 In Port Moresby itself English was spoken of course along with two other languages. Motu and Pidgin, a simplified form of communication mixing two or more languages. My job involved going to remote villages for up to a week at a time recording local traditional cultures for the ABC’s education programs and to help preserve local history.

As the only ‘non-local’ on these trips and being white and not speaking either language, I must admit at first it was quite daunting.

Of course we travelled with a translator and everybody was polite & respectful, but even so it was my first experience of being a ‘white man in a black man’s’ world!

Food and drink were also er… ‘different’. At 17 although I knew where meat came from of course I never gave it a second thought until I saw a pig being slaughtered in one of the villages we visited and eventually eaten by the locals and shared with me the same day.

Home cooked meals the way mum did them back then were VERY different to ‘village style’ dining that’s for sure! Anyway there’s a lot more to my PNG experiences but we’ll leave that for another time! 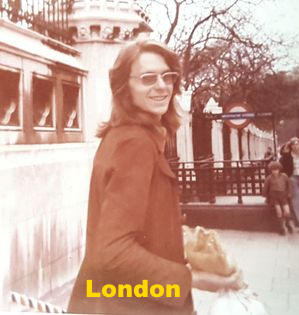 Moving forward a couple of years… The next ‘I’m a foreigner’ experience was in of all places, the UK. London to be precise. The ‘Brits’ – or dare I say ‘pommies’ that I worked with at Island Records Studios used to tease me mercilessly even though I didn’t think I had a strong accent. Ok it was mostly musos often high on ‘something’ and looking for a laugh, and while no harm was done to me ‘emotionally’, over the years it has brought home the fact that mocking someone’s accent can and does hurt some people. The USA – Los Angeles was much the same.

Next stop… Spain. In fact I’ve lived and worked here twice over the years. Once in the music recording sector and the 2nd time for the BBC on a TV soapie called  ‘Eldorado’ (more on THAT disaster soon!)

Now we never learnt Spanish in school. A few words of French or German maybe but I never ever thought I’d need to speak in another tongue.

Welcome to Spain… or more correctly ‘España’ (the ñ being a ‘nya’ sound!)

Another music studio – this one called Eurosonic in Madrid. Everyone was 100% Spanish and hardly spoke a word of English – except the manager. He was from the UK but had lived and worked there for many years. After an initial tour of the workplace he said.. “Right!... to help you learn Spanish as soon as possible, after today we will ONLY speak to you in Spanish OK?” 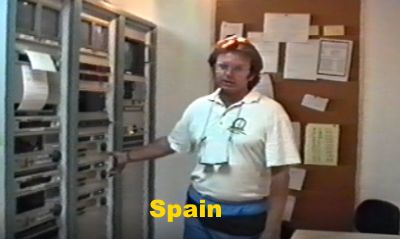 Ummm – sure… yea OK.. err.. sorry… ’Sí señor’ (yes sir!) I said in my best Aussie/Spanish accent! And that was it. To their credit they did provide me with Spanish lessons but it took a while before I felt I was competent enough to actually speak to the locals in their language.

And that’s the point of this story. Quite often immigrants – many of whom are professionals or academics in some form have English as a second (or third) language. ‘LOTE’s’ or Language Other Than English’. This can be confronting and sometimes embarrassing for them if they find it hard to communicate and I can totally relate to that!

An example: One day I needed to get my boss to follow me downstairs to check on an issue in the studio. My Spanish was starting to pick up by then and I could order, breakfast (desayuno)… a beer (cerveza) or a glass of wine (un copa de vino).

So I said to him in my newly learned language… “Can you come downstairs pls, I have something to show you” .

My mistake was actually saying in Spanish.. ‘Tengo ganas’ thinking that meant ‘…I have something to show you’ … Well the look on his face was priceless.

So the next time someone struggles to ask you a question such as “Can you tell me where the post office is please” or … “What time does the bus come?”
just remember that learning a new language takes time as does assimilating into a brand new culture.

Being a ‘stranger in another land’ is exciting but has its challenges which I can now totally relate to.