My Life As A Coeliac - Jenni Erbel 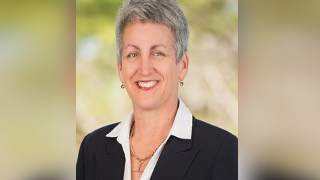 Intro:
Is your food making you sick? You might be shocked to learn over 355,000 Australians have coeliac disease! Gluten makes them horribly sick…

And while some people have jumped on the idea they'll feel better eating gluten free as a kind of lifestyle thing, true coeliacs don't have a choice, like Jenni Erbel from Brisbane who explains the condition and how she got it…

Jenni told us...
Basically being a coeliac means that I'm allergic to gluten - That's probably the easiest way to describe it. A lot of people have allergies but my allergy is around gluten. My body doesn't like it.

Different people get different side effects. My side effect is that I actually have a feeling of being hungover for about five days… without the fun parts!

But most of the time people tend to throw up or have diarrhoea or have bloating. There's even some people that are asymptomatic, so they actually have no symptoms at all…

In my case there tends to be that feeling of being unwell when you wake up and I feel dusty and vague and head-achey. That's my thing! It's an allergy to gluten.

Being diagnosed is different for different people. Mostly if they've got diarrhoea and they're throwing up they can usually be easily diagnosed. In my case it was very unusual because the symptoms were so vague. It took three years from when I started feeling unwell before I actually got diagnosed with it.

My doctor did a blood test and you can also have an endoscopy in order to diagnose… basically it’s a little camera that goes down the throat and ends up in your stomach.

I was taken aback a bit at first because it wasn't a good thing at all, but it's a common disease. Approximately 10% of people in Australia are actually Coeliacs - It's just how many of them are actually diagnosed – we don’t know!

People often ask me “how do you get it” and I asked the doctor the same thing. In my family there's a number of auto-immune diseases but my doctor believes that it's because of modified wheat which has actually been the trigger for it.

Both of my kids have been tested if they are coeliac and they both came back as a negative which is a relief. I also lived on a cane farm where back in the good old 1960's and early 1970's they used to spray with a lot of chemicals that are no longer able to be sprayed.

And there has been some connection that I understand people that have been diagnosed with auto-immune disease and this is subsequently a consequence.

So whilst I'm not a doctor it does appear there's a genetic link in my family. And we've also been exposed to circumstances both chemically as well as via diet.

I'm not sure which one was the trigger but they're all present.

After the diagnosis I was really quite ‘scared’ to go out to eat like I used to. I changed my diet at home, but the hardest thing was just being brave enough to go out!

After a while you tend to know the restaurants that most of the food they serve is gluten free… And that's Indian and Thai, and when I do go out even if it's to an Indian or Thai restaurant as I did recently, you really need to let the restaurant know that you're a coeliac.

I need something that's gluten free and checking that there's been no contamination as well. So a lot of menus will actually show you what is gluten free which is great.

But I'll always ask the question about hot chips like… “when you're frying those chips, are you frying them in a special area that only the things that get fried in there are actually a gluten free?”

So you ask about that and is the whole meal actually gluten free?

And I also ask if there’s any chance of contamination from it being cooked with other things that actually have gluten as well?

Of course there's nothing wrong with fruit and vegetables or any sort of meat. It’s just that the other issue is around things that are in cans and sauces and obviously breads.

One of the other problems coeliacs face is buying gluten free snacks like bikkies and treats and things…  Initially I couldn't believe how much more expensive they were!

And bread is expensive too. In a lot of cases the gluten free food that's marketed as gluten free can also be high in sugar and high in fat in order to make it tasty.

I mean it's the ultimate insult!!… as my grandson says “it sucks to be you!!” - It's a bit like saying “oh great!... I've just paid all this extra money for something I actually don't like - And it's awful!!”

And the doctor actually said to me after being diagnosed “you've really got to watch your diet now because if all you do is buy everything gluten free you're going to put on weight!”

So it's really about finding the mid-range of what's healthy in what's obviously all going to be gluten free food.

I still have little treats but have changed to what is essentially a new regime for eating and not focusing on packaged gluten free, but actually focusing on un-processed gluten free most of the time.

For instance if we're going out somewhere – anywhere -  I'll always have something in my bag that's gluten free because you can never guarantee that you can be somewhere where maybe I'm going to be provided for if that makes sense.

I've always got a supply of something and that way I know there's not an issue and it tends to either be a piece of fruit or it's something that's highly processed which is fine.

But most of the time the focus I have is on eating… and I know it sounds boring really, but healthy fruit & vegetables and trying to cut down on processed things has worked in the weight loss department!

When I was first diagnosed I did a bit of research and found this website; coeliac.org.au which has some great information about the condition.

They also have a really good app that has every ingredient and every preservative. So one of the ways when you go shopping is you can look up food items to then be able to ascertain yourself what the actual ingredients are and that what you're actually buying is gluten free.

And that was probably the best thing ever getting that app, and it empowered me when I was out shopping, especially as a new coeliac.

Best of all though is that I now eat a lot better being diagnosed as a coeliac, because it takes away the choice of eating a whole lot of things I would normally have eaten that made me sick.

And because I don't have a choice, it's easy to comply because it's a fact that if I cross the line,  I'm going to get ‘whacked’!