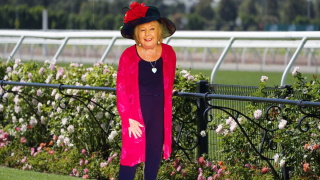 It was nearly November, and I was getting used to life in Australia, the corks were popping, and the mailbox filled with invitations to parties and BBQ’s. I was looking forward to it all, but realised stamina was needed to survive the all-night raves and BBQ’s

Who was I kidding!!?

Then along came the Melbourne Cup, the turning point in the Melbourne social calendar.
I was not quite prepared for it, as it hit like a runaway train!

After this social frenzy, and one hot day at the races, I developed a training program, this was 1987, and things might be different now. But still some tips will help. 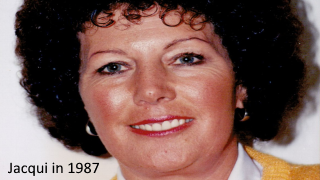 STEP 1. Drink a bottle of champagne for breakfast at least once a week. Easy, isn’t it?

STEP 2. In your highest heels walk up and down a field for 7 hours, keeping hat and make up intact in a gale force wind. Still with me?

STEP 3. Practice holding a bag, a plate, binoculars, and a race guide, as you pick your way past prone bodies. If you drop anything back to step 1,

STEP 4. Take rugby training or go to the January sales. This will help you to try and place your bet in a crowd of 93,000. I was so long in one queue and so close I nearly had to marry the man behind.

The toilets were blocked before we arrived at 8am. But nothing bothered the crowd… Australians love a party don’t they? and this was some party!

A group of rather pasty Brits wearing Foster-box hats were chanting “You what?, you what?, “ and then  “Ere we go”. Which added enormously to the cultural exchange!

A slightly more organised group had brought along a portable spa bath complete with power. It soon had eight bodies in there and the bubbles mixed with champagne.

There were ‘Yuppie’ men in tail coats and Reeboks, a voluptuous blonde was in a spray-on green dress. She was flanked by two builders in ballet skirts.

In fact every delightful nutcase for miles was there on Cup Day.

I have to admit, I loved it!

On Saturday, the Flemington track was cleared of the wild ones and instead the Fashion Plates, were doing the “Flemington Salute” hanging on to their hats.

In all of this, the beautiful horses appeared as almost an ‘afterthought’ alongside the fashion and fun.

My first Melbourne Cup was memorable, and I had just about recovered when it was time to buy the Ham, insect repellant, beach towels, and mince pies, as next I girded my loins for the Christmas Parties.