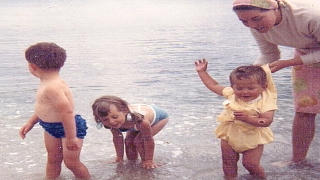 Being a mother does not always come naturally.

Our family was back in England. My new husband Brian and I had recently moved to Auckland New Zealand and we were in a new house, a rather bare but beautiful new house.

Diagnosed in June 1959 with Tuberculosis I had just spent 8 weeks in hospital.

Now I was well again, and I remember thinking...

“I can’t control what life does to me, so before it plunges me into another black spell, I am not going to waste a moment”.

Somehow with the few friends we had made and kind neighbours, I realised I had a circle of kind people around me, women able to give advice, recipes and encouragement. I learned how to make lemon curd smoked fish chowder, and whitebait fritters.

I had my 20th birthday in an open TB ward. Not easily forgotten.

I decided waiting to get pregnant when we were rich, and had all mod cons, was not for us….so we just let it happen.

I had no experience at all with babies, had never been the type to rush around looking in prams, in fact I was a total novice.   Yet I knew somehow I would get through it. I bought or borrowed Dr. Spock books, and books on natural childbirth.

I spent the first few months being very sick, which was not a lot of fun. I also studied as if for an exam.

My poor worried mother back in England knowing what a dunce I was, must have been having forty fits though. Just to think of me with a baby! So I wrote everything I could to keep her informed. Lots of letters, all taking over two weeks to get there, this was in the bad old days.

I never told her about the TB, well not for another few years anyway.

The due date came and went, I was over two weeks late, then at the third week they called me in for a bit of help getting this baby on its way.  As I went into hospital, to be left by my husband, I was alone… as in those days men could not be at the birth.

They were just about to begin inducing me,   I was able to tell them “I think I have already started” I had a sort of backache, a kind physiotherapist came to rub my back.

I was soon taken off to the delivery room, and the experience was just magical. Yes you read that right!

OK it was hard work, but I could sit up, and was conscious, as I held my baby girl’s hand and welcomed her into the world. I couldn’t be bothered with gas and air, She was 8lb.8oz, and looked like a chubby doll. I cried tears of joy all over her.

Then two weeks later, left hospital to go to our totally new house, Brian had moved in while I was having Kerry. I had no idea where anything was.

Brian had to go to work, I had a friend’s mother called Dolly to ‘help’ me… poor Dolly!

We both sat on the bed, as we had no chairs, and looked at this wrapped bundle of baby. I think Dolly was more scared than I was. I tried to cook some chops in the new oven and flames flew out.

As smoke swirled around us Kerry woke up and projectile vomited. Ok I thought, welcome to Motherhood. I was 21 a few days after moving in.

I made terrible mistakes, silly things like not knowing about drying her in skin folds, or using special creams. But I fed her, and that was not easy, breast feeding is an art you learn; as I sat alone on a bare floor listening to radio serials I mastered it.  She survived in spite of me. I used to let her roll around on a blanket in the sun as spring came.

She learned to crawl at five months, and could walk around the furniture at seven months, my little girl was very active. In the summer of that year we went to Russell (Bay of Islands NZ). Kerry just loved the sea, and I reckon our bond has always been sunshine and sea, the things we both love.

So although I was not a perfect mother, some unknown force looked after my baby daughter.

I then had my hyperactive son Vince 18 months later. He was a whole new ball game! - born with a shock of black hair that needed cutting the first week.

I had him so fast they had no time to prepare me. I remember as they showed him to me he looked straight at me with these huge saucer eyes:  He was too darn bright, could talk using sentences at 8 months, and knew every make of car at 2years old.

He was a ball of energy and is still like that now. We have had some challenging times with him. 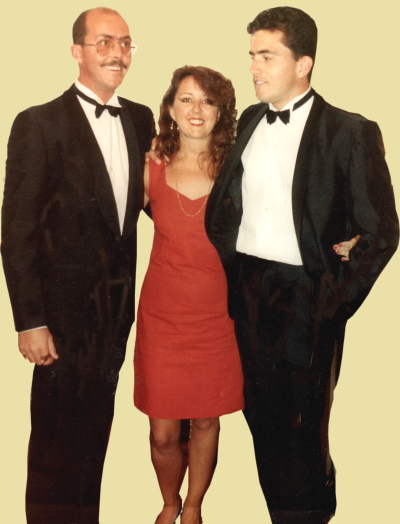 2 years later  we went back to the UK where I had Ross. There were no beds in any maternity hospital so I had to give birth in an un-married mother's home! There must have been a 'baby boom' as they had no spare beds.

So although I did a lot that was not conventional, like feeding my children pureed veg, fruit and cereal before they were 3 months old, (shock horror!) and letting them drink from a cup way too early, I fell into motherhood, and somehow landed without doing too much harm.

I had no hovering Aunts or grandmothers to tell me I was wrong.

All three of my children are healthy adults, who love to exercise, are not overweight, and have the usual mix of madness we have passed on.

Dr. Spock was not always right, but it helped me a little when I was floundering. I could take them out when they were small, three toddlers, and tell them “You can have a milk shake, but you have to sit at the table”.

They knew, the “look” and I meant what I said; so I was blessed with children who were easy to take out for treats. It got a bit crazy in teenage years but that is another story…