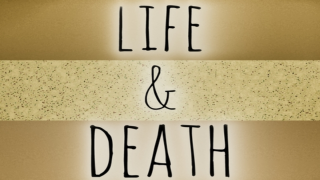 At eighty-seven years old I no longer have any fear of dying – not that I’m particularly looking forward to it you understand, I’m just not scared of it, or the thought of it.

I have no belief in religion so I don’t spend my time worrying about what the heck I am going to do for all eternity, sitting at some God’s right hand, (if he does exist, he must have an enormous right hand, for all the ‘good’ people of history to be sitting at it!).

I simply believe we are battery powered objects, whose chemical makeup gives us what we call ‘life’, a state that includes many other varieties of beings, from slugs to saints and includes trees, flowers, and fish, in fact anything that contains the magic DNA, a material that governs the very existence, appearance and intelligence of everything living.

I have been fortunate to have lived a very happy life, doing work that I love, being married to exactly the right woman to match my temperament for sixty-three years, to have brought three fine children into the world, to have been able to travel and see many parts of Earth that others have not had the opportunity to enjoy. 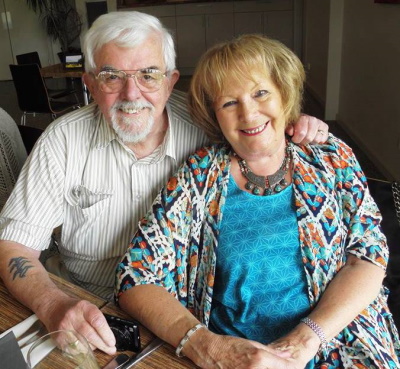 Oh and by the way… both Jacqui, (my wife), and I have had health scrapes in our long marriage, (show me a marriage that hasn’t), but they have all been comparatively minor, like a burst appendix or a ’knee-job’, involving replacing a worn out real one with a metal one, and all three of our children have reached sixty without too much trouble as well, plus we have three grandchildren and a great grandchild too. An average, happy family.

The life we live today tends to decrease rather than increase any fear of dying I might have had over the years – we are now living through what I consider to be a somewhat sad era, where a lot of the things you hear turn out to be false, like so much of the information that can be collected from internet sites like Facebook and several others, sites which seem to spread more hate than friendship.

Then there is Covid of course, a scourge than came out of the blue three years ago, spreading alarm, despondency and death all over the world, plus the very close approach the world is making at the moment to a third world war, a ghastly consideration, considering the power, through nuclear energy that we humans have, to destroy ourselves and every other living thing on Earth, all because of the madness of one man!

We live in a mistrustful world today too. Where you used to be able to leave your car out in the street overnight, unlocked, and reckon it and its content would still be there in the morning, now you need to lock your vehicle and then put it away in a locked garage, and even then thieves have been known to break into a victim’s home to snatch the car’s keys and steal it anyway!

In the modern, mistrustful world it’s better to not trust someone until you get to know them well, instead of the old way, of trusting someone until they proved to you that they could not be trusted, which is a sad state of affairs.

So I think we need some radical changes in our way of life, or the type of government maintaining power over us; they seem to have forgotten that we are their employers, we pay their wages and they are supposed to be in parliament doing the things we want done, using our money, because governments have no money, they just spend ours, supposedly for our advantage!

I apologize if I appear to be somewhat morbid, I’m not really, it’s just that at my age one tends to think more about what is going on now, rather than planning for a bright new world somewhere in the distant future; we did all that ourselves, many years ago, and it’s only now that we are realising what a waste of time it was.

Not a lot on Earth changes much really, except when forced upon us by things outside human control, like a changing climate, or some beautiful invention to make life even easier, (so they say and think), but this old world just goes on about its business, not giving one jot about tiny beings like us, however arrogant we might be.

So, as I said at the beginning, I don’t have any fear of dying, though I do hope that when my time comes, it won’t be too painful; quick and quiet will suit me very well!