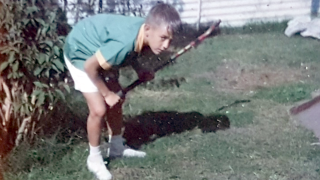 And although the early days pre -1900 or so were probably a 'little rough'... growing up there in the 50's and 60's as a young kid was pretty amazing.

So amazing in fact that as kids we were probably a little 'spoilt' compared to kids of the same age in other suburbs around the country.

Why? - Well for me it was because we had unlimited access to a river, sand dunes, an amazing surf, a great 'culture' of local sport, good schools and a community that really seemed to actually like and support each other! 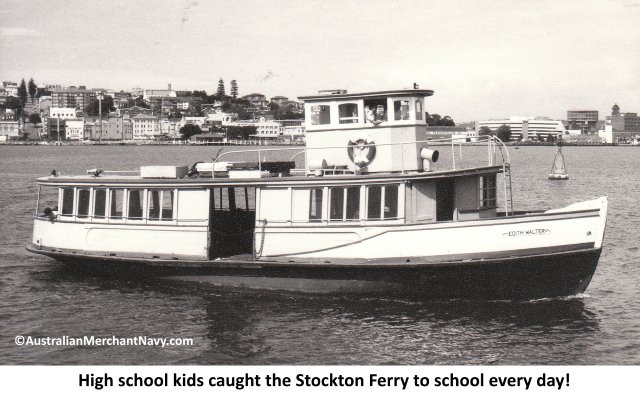 'Stocktonites' knew that their place of choice to live was 'special'. Originally an almost 1 hour drive up and around Hexham to come back down into Newcastle, was offset by a 2-3min ride in the passenger ferry or a 5 minute +/- ride on the punt which was opened in 1952 - specially designed for vehicles.

In 1972 a bridge was built across the Hunter River which made access to Newcastle by car a bit 'easier' for those grown-ups that worked there. Unfortunately the vehicular ferry ceased operation around that time

But as a kid I'd have to say we were 'spoilt' - not in the classic sense of being let free to do whatever we wanted - far from it!... But things like... 'make sure you're home before it's dark'  made it a 'trusting' relationship between parent and child & the locals. Also - 'make sure you don't get sunburnt or your father will be cross with you!'...

The words 'make sure' were often used by mothers in those days - well my mum Lucy in particular - as a way of transferring some kind of responsibility to my sister Barbara and me.

Did it work?... I think so! - The fact I've spent my life realising that I'm the one responsible for my own actions probably say's a lot about those early days!

The other great thing about growing up as a kid in Stockton were the friends you made.... Some of whom I still have today - quite different to some so called 'friendships' made and lost since becoming an adult!

But learning all about girls was a pretty good start! - Won't mention any names here but I was definitely infatuated  (in love?) with the daughter of one of my primary school teachers and the local 'twins' were up there amongst it too! (you know who you are!!)

But the best 'long term education' I could ever have had was from my mum and dad - Wal & Lucy.

People thought we were 'rich' 'cos dad had made a great albeit risky investment in our land and subsequent largish house opposite the bowling club on the corner of Mitchell & Monmouth Sts back in the early 50's.

Far from it! - Dad as an accountant was no big risk taker, but coming from a family of 7 kids, he knew what it was like to have 'hand me downs' so most years for birthdays and Christmas we got 2nd hand toys. Like a 2nd hand surfboard, bicycle, train set and more!

Who cares? - We didn't!! In fact we loved it that we actually got something that we really wanted.

The other big lesson related to food. If we didn't like or want what we were served at mealtime we didn't have to eat it. ... Rather we were sent to bed and it would be saved for the next day! 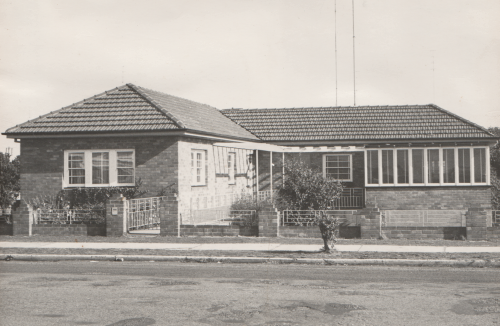 And often with dad saying (a probably now politically incorrect comment) "think of all the starving kids in Biafra!"

So knowing our boundaries - knowing right from wrong - understanding respect and the fact that 'we are helped by helping others' a motto from one of the charities mum was involved with) was a pretty fortunate up-bringing as far as I'm concerned.

And no.. it certainly doesn't make ME perfect - far from it - but it does give me a solid albeit old-fashioned background to draw from to help others.

Thank you Stockton - and thank you mum & dad!