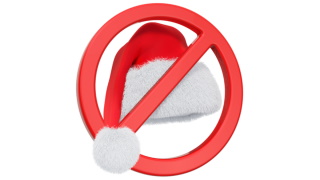 Christmas and the New Year can be a very busy time in most homes, including ours. In the past, we have always been tied up in something to do with either family or friends, or both…

Parties, dinners, dances and of course boozing, and we have always loved it, because it was a break from the tedium of  an ordinary year, a short change from having to get to work by nine, doing basically the same work day after day and travelling the same route to and from work – it’s nice to be able to forget all that for a few days!

But this year we decided on perhaps the most radical change to the Christmas break that we have ever made – we called it our “let’s not” week.

It all started when we decided we felt like a nice, restful Christmas, at home, without any family or friends around us, just us, the telly and some nice food plus a couple of bottles of good wine. Perfect!

The night before Christmas Eve we went to our local Country Club, just two doors away from where we live, so there was no worry about having to restrict drinking because of the traffic police or anything like that.

It was the Christmas Raffle night, and we had the good fortune to win a very big turkey and a whole leg of ham, which was a bit much for us, on top of the load of protein we had already accumulated in preparation.

So this was when our very first “let’s not” happened, we kept the ham, which we knew would be safe for a while and we gave the turkey to two of our friends, who were having family over Christmas, so they could always use the extra meat.

Later the same evening we would normally have spent a dollar or two on the pokies, before leaving, but we decided “let’s not” and made our way home instead, most likely saving ourselves quite a few dollars in the process.

On Christmas Eve we usually did the last of our shopping, but we had been extra efficient this year and had absolutely everything we could need already in storage, so we decided “let’s not”, and had a day of quietly doing a bit of housework instead, just in case some unexpected visitors did turn up!

We also didn’t go out to the Club, and we didn’t drink anything alcoholic either, so the day and evening didn’t provide much in the way of thrills, but it did help relieve some of the built-up tensions of the previous few days.

At last Christmas Day arrived and, because already started using our presents to ourselves, it was a “let’s not” swap presents day, which, at our age didn’t much matter to either of us, the important thing was, we were still here to enjoy the day again, in our own way, which was rather different to previous because of the “let’s not” factor.

The next “let’s not” involved Christmas lunch.

We had always had a turkey and many other luxuries in past years, but this time we thoroughly enjoyed a really good fillet steak, beautifully cooked by Jacqui, (I like mine ‘blue’), and with all the appropriate trimmings, followed by home-made trifle, rather than the usual Christmas Pudding, (another “let’s not”).

After lunch we enjoyed a few of the exotic sweets Jacqui had accumulated, and watched a bit of somewhat boring television, before we both drifted into siesta mode while we digested the lovely lunch we had just enjoyed.

Boring you might say, but it fitted in well with the “let’s not” mode of the year and that suited us.

Christmas night was very much like Christmas afternoon really, apart from the fact that we managed to stay awake most of the time, though I can’t remember one thing we watched on the box!

So there you have it, our very first “let’s not” Christmas… not because we had fallen out with family or friends, not because we couldn’t afford to do more and not because the power of television forced us to stay at home. It was simply a need, on both our parts, to get our minds away from all the unfortunate happening around the world during the past year, to sit back and be able to think of nothing, should either of us so desire.

It was most refreshing for comparatively old minds like ours, and it has given us the small, important energy and enthusiasm boost that with help carry us through the next few months, months that I very much doubt will be any better than the previous ones, but it has made it easier to ‘grin and bear it’!

Oh, and as a final “let’s not”, you will be glad to hear I’m sure, that we employed the “let’s not” idea to New Year’s Eve as well – we were in bed and asleep by eleven o’clock!