All By Myself - Jacqui Lee 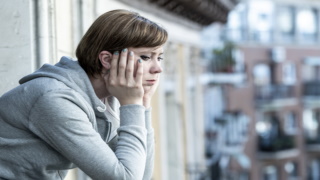 Is being lonely the cruelest legacy of the latest pandemic?

There is a raft of difference in being alone from choice and having it forced upon you.  If you like solitude and can deal with the quiet of an empty home, it can be a way of life.

Yet for widows, or families split up and isolated, it can be the worst fate.

Just think of all the aspects of dealing with silence, no conversation, and at the same time feeling torn apart because a loved one has died.

Yet even with a partner there can be spells when due to work or circumstances we cope alone.

So how to deal with it?

There is the emotional aspect. Missing closeness, company, talking together, sharing things.

Not easy to just dismiss that aspect, as everyday makes the wound worse.

We don’t quickly get over losing a husband, child, or parent. We eventually have to come to terms with it, or risk devastating damage and mental distress. I’ve seen this happen & have lived through this scenario with a family member.  Some are not able to move forward.

I remember my Mother in Law coming to us after being diagnosed with an illness that she would not recover from. When I visited and we decided to take her home with us, she was barely whispering…

I realised then she had not talked to anyone. Sometimes for weeks.  Her voice was failing, just because she did not use it.  Sick AND widowed the worst scenario.

Depression hits most lonely people, they just slowly stop trying. They don’t go out, don’t engage with others sometimes, and whereas they might have had a fairly busy life they shut it down, and discourage friends, It’s just too hard.

Which is sad, as help can be a call away.  The courage to dress up, face up, and take part in the world again is not easy for some.

Shared hobbies, crafts and sports can help a lot. Groups like U3A and seniors can be wonderful after the initial first step is made. Ask if they just want to share a cup of tea at first, people become very anxious about going out after months of staying home. That is why Covid has been a problem in many ways.

I have had two spells of real isolation, due to moving away from all friends and family.

One spell happened after I had our daughter in New Zealand. We were a very long way from family.

I was at home all day alone in an area where I knew a few people. I was I think suffering from Post-natal depression. But tried to keep functioning, my days were spent with my baby daughter, or walking to the shops.

It was only when I had lived through the bleak days that particular winter that I realised I was better.

One day I laughed at something, and it occurred to me I had not laughed for months . I had managed to cure myself, and as Spring came and I had lovely lazy days in the garden watching my energetic little bundle crawl everywhere I was my old self again.

The next spell was when we moved back to England, we were broke, husband was building up a business so worked long hours, I was totally alone with a baby of 1 year, a son 2 and a half, and a daughter who was 4.

I knew not one person in that area. Alone from 7am until 6pm some days I just coped, I was so lonely, I missed my New Zealand home, and cried hysterically to be taken back to New Zealand.

I knew that could not happen. I talked to the one person I knew the shop keeper at the bottom of the hill. We lived in a large rented house in beautiful Bath. It was only because I became pro- active to help myself. I walked miles with the children, all the way into Bath city, a twin push chair and one child holding on.

I bought milk shakes for the children and looked at clothes I couldn’t buy. It was a start.

But after the disaster of them all getting German measles, I was nearly finished!   Ready to throw in the towel. Especially as I then had to nurse my husband who had it too…

But salvation arrived a little later, I joined a keep fit class with a neighbour.

It was brilliant!... Fantastic music from the sixties and new friends. I was invited to parties, and husband and I joined a social scene. I still am grateful to my dear friend Maureen… she saved my life.  We still are in touch after all these years.

We have moved 5 times and changed countries since those long ago days back in 1966.

I am grateful for every friend I have made. For all the people who opened their hearts, for the opportunities I was offered.  When we moved to Gippsland we gratefully took on anything. Joined Lions, became hospital visitors, joined neighbourhood house, cleaned the local school, husband was a shire councilor for three years. This has given us a wide net of friends from all walks of life, we are never lonely.

So if you see someone suffering, reach out.