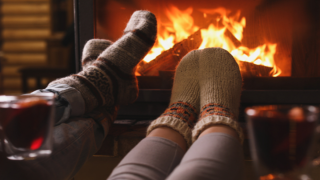 We’re suffering a quite severe cold spell at the moment, down in deepest, darkest Gippsland (VIC), it’s a bloody freezing 5ºC as I write, (this is supposed to be an example of global warming?), and my “studio”, where I keep my computer and painting equipment, isn’t the most comfortable place to be, but I have to work somewhere and my computer is too cumbersome to move.

But sitting here, complaining to myself because there’s no one else to listen at the moment, the so-called freezing temperature made me think back to when I was a kid, living in the city of Bristol in England.

It was during the Second World War, so stuff like coal or coke weren’t easy to come by, compounded by the fact that our whole, three-bedroom-house was warmed by a small, (old fashioned by today’s standards), fireplace in the living room.

Any other warmth my parents wanted had to be supplied by a couple of Valor oil heaters, not very efficient and liable to be dangerous if lit in a not very well-ventilated room.

Any further comfort had to be gained by wrapping up in as many warm clothes as could be found, and by eating plenty of hot meals, though I think both ruses weren’t actually too successful, too much clothing tended to restrict circulation and too much of the hot food I’m thinking of tended to be fattening, neither of which was particularly good for us, I’m sure!

The result of this lack of what we would now look on as normal heating was that the rest of the house was much the same temperature as in the street outside, in a country where, in the middle of winter, the highest temperature of the day, over a period of several weeks, could be -3ºC!

There were many occasions when I would wake up in the morning, fairly snug in my bed with its three or four blankets, but with a layer of ice along the edge of the bedsheet, caused by the freezing of my humid breath during the night. Sounds pretty primitive, but that was more or less par for the course in those far off days.

Another problem with the cold spells in the UK is related to the ownership of cars! 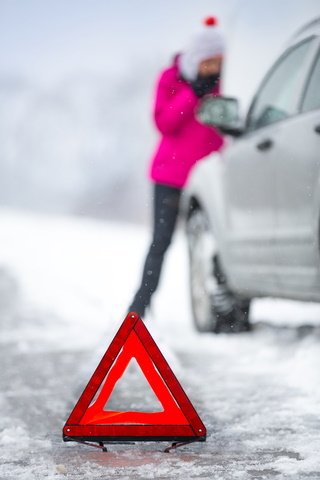 Obviously, you had to fill the radiator with a strong anti-freeze fluid, or you could find yourself in trouble one morning, with a thin sheet of ice protruding from between the cylinder head and the engine block, meaning at the very least that a new head-gasket was required before the vehicle could be driven again, or if you were really unlucky, a new engine altogether! The power of ice can be very frightening sometimes!

On top of the frozen engine, there were the roads to contend with.

Now this doesn’t mean much to the average Australian, but in the UK, all local authorities have to spend several months of the year, regularly sprinkling salt on all major roads, to melt the ice and make them much less dangerous to drive on.

But there is another side to this coin – the salt, semi-dissolved in the slush left by snow or ice, splashes up under the mudguards of any cars driving over it; and there is nothing salt likes better than any small area of unprotected steel, it converts the metal to rust within weeks and the only protection is to hose the undersides of your car every time it’s taken out, to wash off the salt before it does its evil work.

Yet another winter problem of the forties was the fact that, as mentioned above, coal was the, (in fact almost only), way of keeping warm. And when you burn coal, you get smoke, and when you get smoke you get smog, something never heard of now, especially in first-world countries like England, America and Australia.

The younger people of today talk about “the thick fog on the way to work this morning”, as if it was some sort of Armageddon, sent to wipe us all out, because visibility was restricted to about fifty metres. 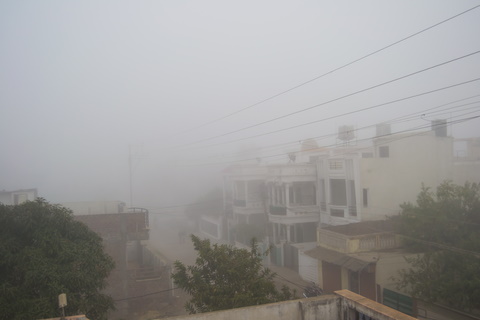 It would be difficult for them to visualize a fog so thick that it was almost impossible to see someone standing three paces away from you!

Yes, winter could be pretty rough in those days, and thank goodness we have come a long way from small fires, frozen cars and smog that abounded uncontrolled, especially during the war because there were so many other important things for authorities to think about.

And yet, despite all the difficulties, it was a good time as well.

People were more inclined to help each other in the adversity of war, our diet - though lean - was adequate enough to keep us healthy without piling on the fat as we accumulate today, and cars were nice, simple machines, to such an extent that I, with no experience at all, could take the head off my car, de-coke it and have it back together again by the same afternoon.

Not like today’s monsters – I look under the bonnet now, and I have no idea what I’m looking at, nothing is recogniseable!

As in most things, some you win, some you lose; the secret is to be able to “bend with the wind and go with the majority”.

Otherwise, you will suffer!