I Was A Master-Debater! - Brian Pickering 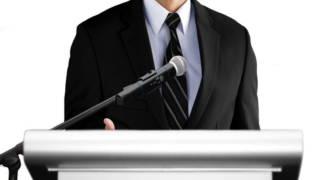 Yes, really!..  And it’s definitely NOT what some of you might be thinking OK?… 😊

Nope… way back when I was in High School, I was introduced into the 'sport' of debating.

Sport? Well debating is definitely very competitive.  And, as it turns out…lots of fun.

We were given a topic… ‘say… “should we re-elect the current Lord Mayor of Newcastle & why/why not?” (Newcastle being where I went to high-school!)

Who?  Politics not being first and foremost on my agenda (ok I was more interested in girls), I had to do some serious research starting with WHO was the Lord Mayor and WHAT did they actually stand for!!

It was interesting in forming our debating team’s arguments – but – at that age, not exactly riveting for a young bloke.

The teachers did their best for other debates, suggesting topics like ‘should we teach religion in schools or leave religious education to our parents’?

Hmm, not exactly top of a teenage boy’s hit-list of topics but being ‘encouraged’ to learn more about topics I’d never really thought about before and to them come up with reasons why something might be wrong or right certainly made me think harder about stuff before expressing an opinion.

Something I hope still lurks in the back of my brain!

My parents picked up on the change in my thinking – and they’d always ask when something new cropped up… “So what do YOU think Brian?”

What a great way to make me feel included!!! – And it worked.

So, if you’re not familiar with debating teams – it involves 3 people with specific roles.

I was the ‘whip’ – the last one to speak whose job was to refute all the arguments of the opposing team.

Unlike the earlier team members, the whip’s job was to listen very very carefully to the ‘opposition’ and noting down what they had said and using those points – right or wrong - to ‘bring ‘em down’!!

As it happens our school team won the debating ‘challenge’ that year travelling to other local schools for a High School Debating comp meaning we were 'Master-Debaters'!!… which was great at the time, but what I’ve always remembered is how important it is to look at all sides of any argument.

And if you’re going to express an opinion it’s important to have a backup reason/argument as to why they might consider your point of view…and potentially accept it…or not.

But at the end of the day, it’s nice that we live in a country where we have freedom of speech.

Of course sometimes ‘silence is golden’! 😊