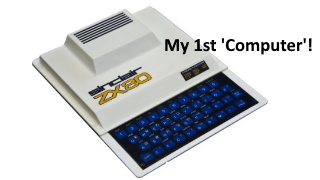 As an 'early adopter' of technology... yep I had a Sinclair ZX-80 with 1Mb of memory and the very first Mac and *GASP* 16Mb hard drive plus the original 'Psion' (photo below)

It was exciting times in the early '80's, the 'interweb' had only really just started.

But first a bit of history...  during my earlier working life I was fortunate enough to have worked with a team developing touch-screens for ATM's in AU which we demonstrated at the First State '88 Expo in Brisbane.

Believe it or not touch-screens were first used back in 1965 by air-traffic controllers! - I only discovered this recently!

A year later in 1989 I was honoured with the inaugural NSW Government Technology Award for a project using 'touch screens' (I hate the damn things!!!) for a thing Kaye & I installed in local courts around NSW called 'Court Guide' using Laser Discs... (anyone remember those??) and a tenant directory system in one of Sydney's sky-scrapers using Kaye's dulcet tones - (turn left & take the sky-rise lift to level 31)🙂.... 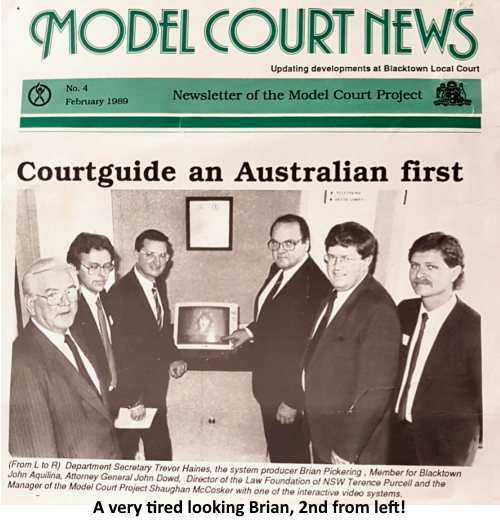 SOCIAL MEDIA... Good Bad or Indifferent?
And while I LOVE and have been involved with most ‘techo’ things – especially all that we have available to us these days - and the internet is a great communication tool, I REALLY REALLY hate all the nastiness I see online on a daily basis.

It seems technology has given people the chance - some see it as a 'right' - to just say and do whatever they want whenever they want!!

People bleat and moan over being 'ripped off'... or "I hate this or I hate that" or "this sucks!" etc etc.

Years ago if we had a problem with a business, we used to ask to see the manager and make a formal complaint. End of story.

The complaint was (usually) resolved. Customer got a refund/apology/bonus gift whatever...

It's intriguing for me to see today that whatever the issue - local council or government issue, poor service, over servicing, price-gouging public nuisance, celebrity 'faux pas' etc that so many people are quick to action a comment on 'social media' - in many cases anonymously - yet fail to either offer a viable solution or any kind of positive feedback.

Most if not all negative comments are made out of ignorance of the circumstances surrounding the issue at hand.

Nobody's perfect of course and while many comments may – in the right circumstances - be valid, what do they actually achieve? Gratification for the poster? - Angst/stress for the recipient? - and an opportunity for ALL of us to see who YOU really are.

Meantime, I'd like to think that we ALL start thinking before commenting/replying to a post online 'cos what you're doing (especially if being negative) is not doing you or anyone else any good. Who knows what that person/business or whatever is going through right now?

As Malaysian born Aussie singer Kamahl is famous for saying...
"Why are people so unkind?!"