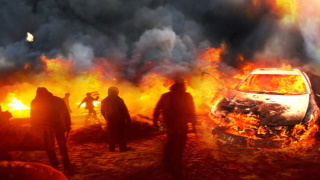 News today is stuck in the 80’s. The old TV news producer’s mantra - ‘If it bleeds it leads’ - has never been more true today with the majority of headlines having at least one of the following words...

Radio, TV, Newspapers and of course the internet are jam packed with minute by minute reporting of BAD news rather than highlighting the many successes, happy outcomes and love that hopefully is still around – or is it?

On almost any day of the week you can scan each of the online news services (starting with NEWS.com.au) and only find one or two stories out of 55 or so (average) on the various home pages – that was ‘feel good’ –

Eg; 'A 9yr old boy in the USA had written to NASA applying for the job of ‘Planetary Protection Officer’ – detailing his abilities with a humorous mention as to why he was suitable being that his sister calls him an alien!

It put a smile on my face – and I’ve since shared the story online with many people who reacted likewise.

There were of course a smattering of sporting results – more often than not with an ‘angry’ slant to the story (remember Serena William's at the 2018 US Open Tennis Finals & her rant?), some celebrity fashion faux pas stories (of course!... let’s poke fun at easy targets) and how to eat better (sponsored of course!)

While most news outlets now monitor each other for story leads the role of ‘journalist’ is increasingly being passed on to the average person.

People see a fight in a club or some road rage incident, take some photos or video and post on social media or send directly to a news outlet. Fast, furious and financially beneficial in many cases.

Those who ‘blame’ the media for all kinds of reporting should think about this – “I am, you are, we ARE the media” – because we all now have at our fingertips the ability to ‘go live’ with absolutely anything and everything we hear and see – rightly or wrongly – with or without a headline! - In fact I wrote about that very thing here!

While a good journalist should have the ability to write a great story – although in some cases there are still a few who ‘never let the facts get in the way of a good story’, today’s reporters – you and I – only need to keep an eye out for something positive we see around us. 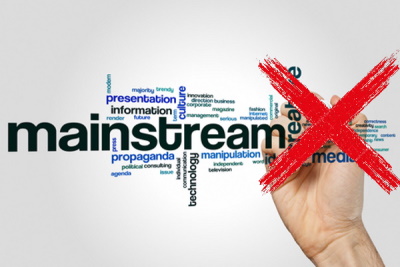 Don’t worry - If the world ends you’ll know about it soon enough!

During that ‘week of bad news de-sensitising’ try and find something positive about your family, friends or workplace or community.

Volunteer somewhere even if just for a few days to do ‘something’ for your local community – even if just reading to the elderly who may be sight impaired. Or simply get out and about and start saying ‘hello’ to people perhaps in a park or even a shopping centre!

It’s very easy to be a ‘pretend’ reporter. Just be smartly dressed and simply go up to someone and say “Sorry to interrupt you – I’m writing a small book about what makes people happy – would you mind telling me what makes YOU happy?”

Be prepared of course for some people to tell you ‘where to go’ – so you need to pick the right people. But if done in an open public place you should be ok. Also ask for a first name and be sure to thank them politely for their time.

Another approach is to ask “what’s the happiest/best thing you’ve ever done in your life?”

Then – each day write down some rough notes about what you discovered. It won’t all be positive from the start but as you get better at asking questions, so the answers will be better.

If we are to have a positive influence on the next generation then the news needs to have a lot more positive attributes than it does today.

By continuing to de-sensitize people to the world around them, we will literally be going backwards in an evolutionary sense where ‘kill or be killed’ was the norm.

(c)2018 Brian Pickering - Originally published on Starts@60
Looking for some 'Good News'? - at least the ABC is trying! - Check this out - ABC 'Good News'
MORE READING: When Too Much News Is Bad News