How I Learnt About Fatherly Love - Dr. Hootan Shah 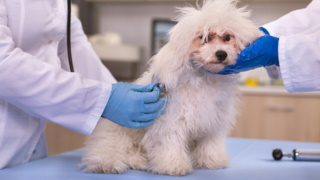 Sometimes there are traits within us that we ourselves are unaware of. When we are in a special situation, these traits suddenly appear and we become aware of their existence within ourselves and sometimes they surprise us very much. Some characteristics and feelings are also supposed to appear and be felt at a certain time and chapter of our life, such as paternal or maternal feelings!

That day was a very strange day for me, a very busy day like most of working days in a veterinary hospital!

While I was quickly writing the history of the previous patient, one of the nurses quickly brought a lifeless furry dog ​​into the room and put her in my arms!

A white and fluffy little dog called Bella! She was gasping for air and had a beautiful pink hair tie on her head!

Cardiac and Pulmonary resuscitation was started immediately. She had a heart condition. Her lungs were full of fluids, and her tongue and gums were almost blue due to lack of oxygen and she was struggling to breathe.

We started with Oxygen therapy and intravenous injections to support the heart muscles and to remove the fluids out of her lungs and we ended up with vigorous heart massage, manual ventilation and intracardiac Adrenalin injection!

Excessive work fatigue and intense stress and struggle to save Bella had left me no strength!

I took a few steps back and while leaning against the wall, I slowly sat on the ground .....

One of our nurse’s voices rang in my ears, saying; “Better to go to the consult room 2 and give Bella’s owners the news! “

It took me a few minutes to get everything together, a big breath then I entered the room where a mother and her 7- or 8-year-old daughter were waiting for an update!

They looked very worried.... the extreme level of emotions in their eyes and the way the mother spoke was very dramatic and heart breaking.... that exhausting day ending with this drama was beyond my mental capacity!

While I was trying to prepare subtle and correct sentences in English (which is not my mother language) in my mind to convey this shocking and sad news and being aware that Bella was fourteen years old and had heart failure, I sighed briefly and while trying not to look at the little girl, I turned to the woman and said; “Bella’s heart condition had reached a very advanced stage. Her heart was very weak and the lungs were full of fluid. We tried to deliver oxygen to her lungs and remove the fluid from her lungs as well!”

I continued while I was trying not to have any eye contact with the little girl (I am not sure why?), I turned to her mother and said : “Bella was very old and her heart disease was in a very advanced and end stage, we did our best but no matter how hard we tried her body did not respond positively to our treatments ....”

I was silent for a moment , The woman asked me while she was crying badly: “is she dead?”

With no eye contact for a moment I replied softly: “I'm so sorry, we did everything we could but we could not bring her back to life”.

The woman started crying and screaming very emotionally and loudly and I was feeling a lot of pressure. Suddenly the little girl came straight to me and wrapped her arms around my waist, put her face against my chest and started crying very slowly while she was hugging me very tightly!

I did not expect this situation at all. I felt that all the energy left in me is gone and my body is getting squeezed in her little and delicate hands!

I felt a little shivering throughout my body..... thinking in my mind… ‘God! Some of these workdays are very difficult and unfair!’

The mother calmed down a bit later and came to her senses, suddenly realizing that her daughter was hugging me and crying!

Then she continued; “‎‏Two weeks after the death of my husband, it is very difficult for my daughter to lose Bella too... she was very close to her father and Bella.” ‎‏

I had no children at that time and I had never ‎‏felt a fatherly feeling before!

Now that I have a 15-month-old daughter, I am more sure that at that moment I felt that my own daughter was hugging me, paternal love boiled in my heart, I also hugged the little girl and we cried together.

Eventually I managed to get back to my normal self.

I did not know whether I should have maintained my professional behaviour as a veterinarian and not become emotional or my emotional and paternal instinct was acceptable. ‎‏

The woman asked me to take them to our treatment room to let them be alone with Bella and say goodbye to her!

The mother began to whisper a prayer while her hand was patting Bella. Both mother and daughter were crying softly now. 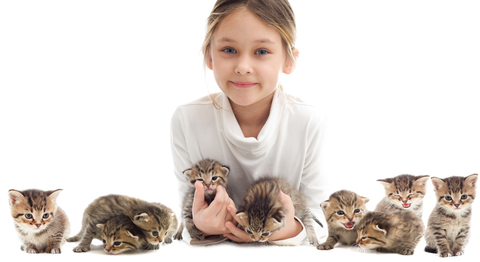 Suddenly I remembered that we have four kittens in the hospital that we rescued for our adoption program. I calmly approached the girl and said would you like to see our kittens?

The girl smiled and came with me. I left her alone in the cat room with four playful kittens. About 10 minutes later when her mother was ready to go home, we went to the cat room together and looked at the girl from behind the window.

The kittens were climbing up all over her body and playing with her, and the little girl was laughing happily... that was a very heart-warming image which made her mother and I smile.

That day, even though it was a few years before I became a father, I felt exactly the feeling of being a father for a moment and experienced a deep and emotional feeling that is quite similar to my fatherly feeling today.

You don’t necessarily have to be a father to experience such feelings! I also realised that the moment we feel defeated and collapsed, there is still a world of energy and mental ability within us that suddenly appears and not only helps us but surprises us.