How Hats Revealed Who We Were! - Brian Lee 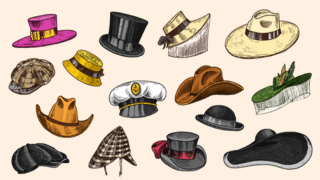 Compared to today’s pretty egalitarian world, things were arranged much more formally, and formidably, less than a century ago.

Everyone ‘knew their place’ then, their position in society, the clothes they wore and the districts they lived in, and it was considered very bad form to try winning a place in a higher bracket than you had been born in, a condition no doubt fostered and maintained by those already ‘up there’ so as not to poison the water for them, as it were!

It was very easy to identify a man’s class in the early twentieth century, by the simplest of means, (I’m not being sexist here, as you will see, reading on), the hat he wore told everyone where you belonged on the ladder, and don’t forget, every man wore some sort of a hat then, as soon as he stepped out of his front door - I remember my father would put his Trilby hat on, even if he was only going out the back to do a bit of gardening!

Just look at any old photograph and you can instantly pick out the class level of a group by what they had on their heads….

First there was the working class, miners, factory workers, laborers and all manner of blokes like them; they are always to be seen in the classic flat cap and wouldn’t dare to be seen in anything else.

Strangely, these hats are now widely the choice of the more well off members of society for their weekend entertainment such as fishing, going to the races or watching major cricket matches.

Then we have the shop workers, office staff and newspaper reporters. They always wore the Trilby hat, or its American equivalent the Fedora. The brim gave the wearer that slight look of increased authority that the flat cap lacked but never tried to look like the other famous brimmed headgear, the top-hat. It was also a hat that gave more protection from bad weather or strong sunshine, in a headgear that wasn’t that much more expensive than the aforementioned cap!

Next in line were the middle class, as they were called. These were the men who had reached the heady heights, (no pun intended), of success in such careers as doctors, solicitors or business executives. They, virtually to a man, wore the Bowler hat, something half way between the Trilby and the Top-hat. It went with dark suits, shiny shoes and a tightly rolled umbrella, proclaiming as loudly as it could without being ‘common’ that the wearer was a ‘professional’ gentleman.

Finally we come to the most illustrious group of all, the group that included judges, church leaders, high government officials and even royalty, (when they weren’t swearing their crowns!). If you owned and wore one of these, you were rich, a real leader of society, and a member of what is known as ‘the establishment’.

And there you had it in those far off days before World War Two, when everything was set out as it should be and (nearly) everyone knew where they stood in the pile of humanity, all because of the hat they wore.

It did make a lot of things simpler and easier to deal with of course, but as I said earlier, it did tend to tie people to the group or class they belonged in. This description of course refers to the case of men only. I have very little knowledge about the class-consciousness of the ladies of the era, or what they wore to identify themselves, so I am unable to draw a picture of how they divided themselves into their classes. Maybe someone more skillful in that, could do another blog like this, but from the ladies angle. 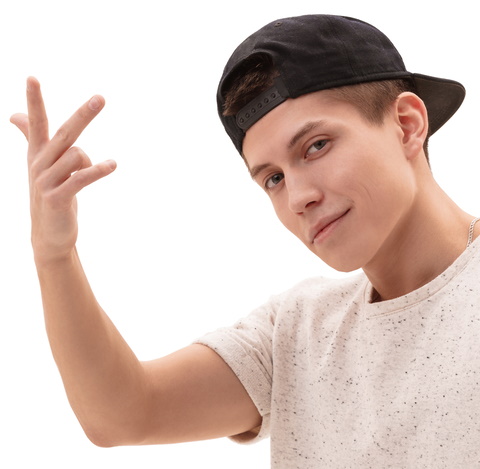 How different things are today though, we now have a world crawling with billionaires, many of whom wear tee-shirts rather than suits, so called working-class who wear suits and operate computers and doctors and teachers who are called by their first names, something unheard of in previous generations.

And very few of them, whatever group they belong to wear hats at all, except for those funny people who haven’t yet worked out what the peak on a baseball cap is for, so they wear them back to front.

I’m really not sure which era I like the best, but I’m guessing the easy-going existence we all enjoy now is better than the old “cloth-cap” era!