Hello... Anybody There? – Brian Pickering 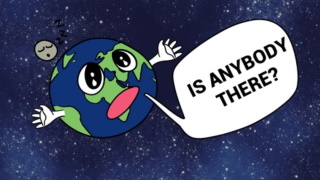 Finally! I have had enough… Mwaaa! (Crocodile’s tears, if you may). Thump!

That’s my fist coming down hard on my desk. If I sound frustrated, you bet I am!

What is it about people today that we don’t seem to know how to communicate with each other anymore? By ‘communicate’ I don’t just mean replying with a smiling emoji or the like on social media...

I’m sorry to say, not all, but the majority of younger generations are up there as the very worst communicators!

In 2022 we have the world’s smartest communication devices such as email, chat apps, messenger, text and yes, even the good ol’ telephone to actually speak to each other, yet for some reason it seems people simply don’t know how to respond to a simple question, message or thought!

It’s called having a ‘conversation’ – to talk or interact.

The talking part doesn’t have to be verbal either – in fact, a lot of our conversations these days are by email or text messages.

Yet it’s the lack of response to simple questions that is a worry to me. I’ve been doing some personal study — and experiencing on an almost daily basis — this phenomena for several years now and believe it has a lot to do with all the modern day distractions, plus how we are taught at school.

Before the 1970’s most people’s experience of school was ‘shut up and listen’, or ‘the next child to make a sound will be on detention!’

When we didn’t have mobile devices, we learned to talk with other kids, teachers and ultimately parents on a daily basis.

Many years ago comedian Jerry Lewis came out with a song called ‘The Nagger’ – basically a sketch about a kid who talked too much! “There’s no worse thing in all the world than a whining crying child, he irritates the other kids and drives the grownups wild” …but do kids do as much talking these days?

While there will always be exceptions, kids today are simply not given the tools (or experience) to communicate with people – older people in particular. At home much the same applies.

Kids as young as three are using iPads etc. to sit and watch YouTube hour after hour instead of talking with their mum or dad and helping them around the house, interacting and asking that age old question ‘Why?’ … ‘Why’ begs for a response.

Is there a solution? While it’s way too easy to suggest parents tell kids to “put down that iPad” or to establish curfews for their use, I’d certainly suggest that schools, colleges and businesses start ramping up some basic communications training.

We need to explain WHY it makes sense to respond to (say) an email or text even with just a simple ‘Got it thanks!’ or ‘Thanks – get back to you in a day or so re: this’. At the very least there is an acknowledgement of receipt and a courtesy ‘thank you’ as part of it along with (hopefully) a kind of ‘promise’ that the receiver will take some action on the request.

And while I’m an early adopter of technology & a prolific user on a daily basis, personally, I still love being able to pick up the phone and talk to a person.

It’s a fact of life, however, that many people don’t always answer calls for many reasons, but then I discover later they never even heard my voice message – and if they did, why didn’t return my call or at least txt back 'Tnx talk soon!'

Finally - even saying g'day or thanking someone in a shopping centre is often met with either no response at all or very little response verbally or via a smile.