Memories of Growing Up During The War! – Brian Lee 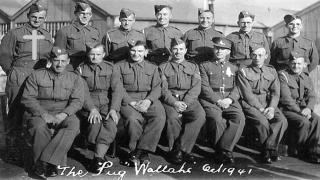 My Dad was called up in early1941, and although I was seven then, I can’t say I remember much about the occasion. Mum, who was always a very quiet, within-herself kind of person, who only on rare occasions allowed emotion to show, didn’t make a big fuss about it at all, (probably so as not to worry me). Consequently, as far as I was concerned, Dad just quietly disappeared one day, possibly while I was at school, with Mum telling me something like, “Oh Dad’s gone to join the army”, in response to any questions I might have asked when I came home.

I hate to say it, but although Dad was away for about three years before he was invalided out, the period while he was away went on in much the same way as it had when he was there.

Looking back from the lofty tower of very ancient adulthood, I would guess that my mother, although quiet, was actually the leader of the household, something I may instinctively have connected to, even though I was very young at the time.

I was at school most days of course so I have no idea what she did when I wasn’t there – she may even have spent each lonely day sobbing her heart out for all I knew, but if she did, she never showed it to me. 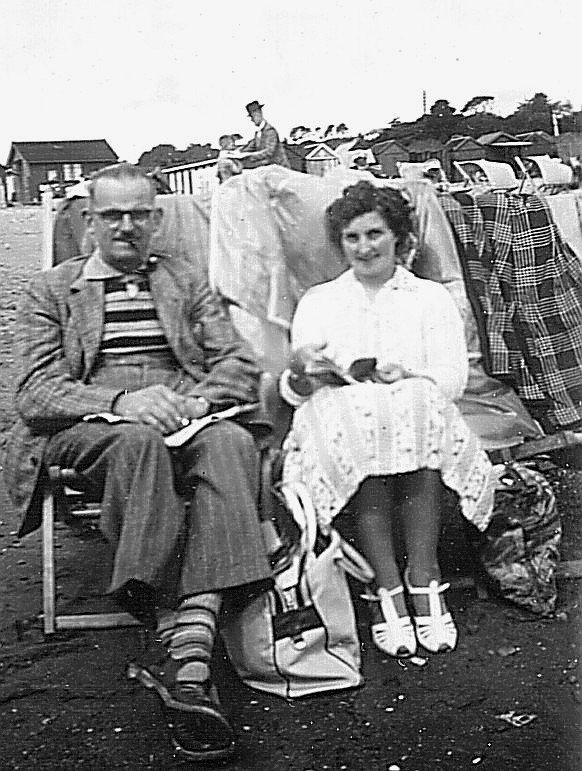 My dinner was always ready for me every evening and afterwards we sat down together to listen to “Dick Barton, Special Agent” at seven every evening on the radio, (no television in those days!), followed by ITMA, (It’s That Man Again), starring Tommy Handley, a comedy show that seemed to comprise of nothing but a series of doors opening and closing, with various people shouting a catch phrase familiar to everyone, like “Can I do you now Sir?”, “This is Phumf speaking” and “Don’t forget the diver, Sir”, at which the studio audience roared with laughter, as if they had never heard them before. I don’t think ITMA would last long in the slick clever world of entertainment we live in today!

Mum usually went grocery shopping on Saturday mornings and she always took me along with her, a journey, on foot, of about six and a half kilometres in each direction, so I was a fairly fit lad in my youth!

No supermarkets in those days either; Mum used to go to her regular grocer, ration books in one hand, handbag in the other, where she’d sit down on a nice wooden chair at the counter and read from her list, the things she wanted. 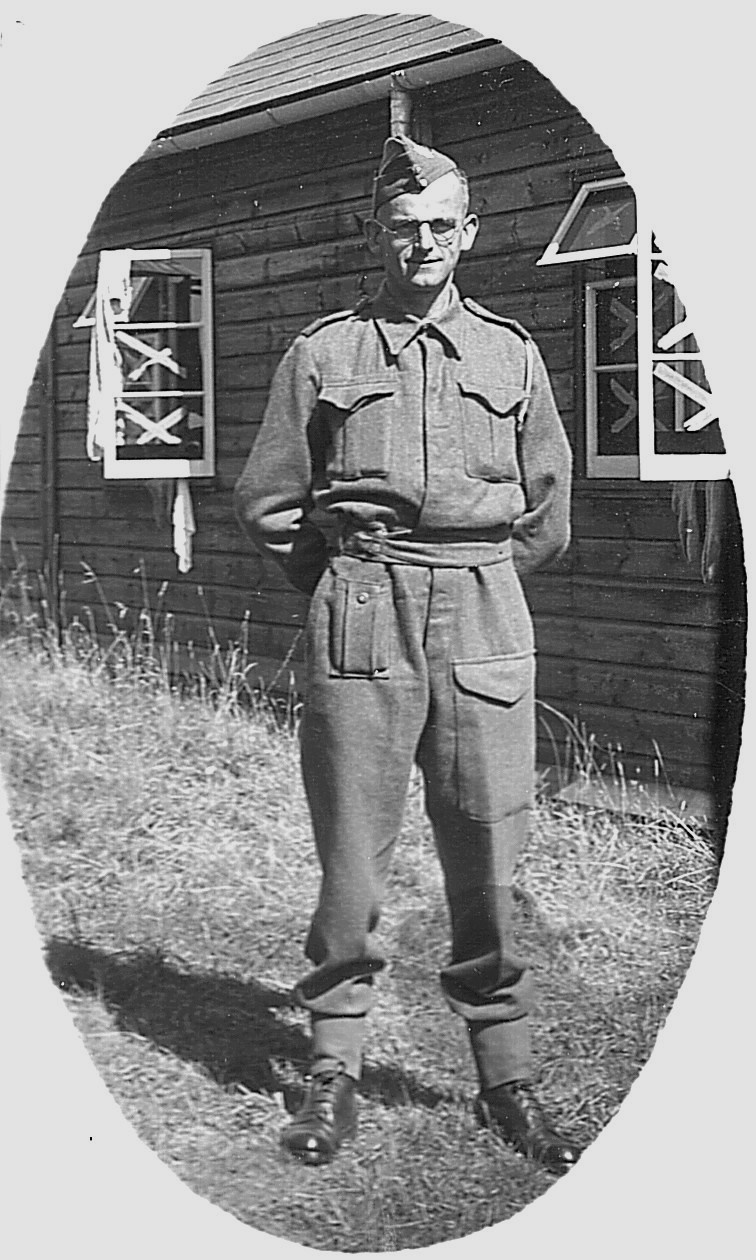 The grocer would then run about all over his store fetching everything for her, most of it having to be cut, weighed or otherwise prepared by him, because there was virtually no pre-packaging in those days – butter for instance, was a large block standing on a marble slab at one end of the counter - imagine that today!

Then it was the long walk home, to wait until the grocer’s delivery boy arrived on his bike with our goods, about an hour later. A totally different world from now, even if there hadn’t been a war.

Meanwhile, Dad had been conscripted as a cook, something I didn’t actually discover until many years later, after he died, when I found a photo of him with his cookhouse colleagues. He had never cooked in his life, so I guess that was why he was considered perfect for the job they put him in; they could mould him to the service methods without having to eradicate any pre-conceived ideas of how it should be done.

At least it meant he didn’t have to do any front line duty, which must have relieved Mum, but he did have a very nasty fall one dark night, which banged his head badly and from which he never fully recovered, suffering severe migraines right up to the time he died in 1964.

It was after he passed away that Mum blossomed somewhat, suddenly wearing slacks, which Dad had never approved of, coming on holiday with us and spending much of the small cash savings she had accumulated – a lot of it on us!

We had another four happy years looking after her, before she too died, in 1977, but I still have fond memories of her and her ways, though my father has faded much more from my memory.

I guess there’s something to be read in that!

IMAGES:
The first photo shows Walter Lee, my Dad, (cross marks the spot top left), with fellow cooks, and the other one is of Mum and Dad on Goodrington Beach after the war. You will notice Dad is wearing the arbitrary dress for an English person relaxing on the beach!!

DID YOU NOTICE?
In the solo photo of Brian's dad Walter there is tape across all the windows. Why?... well it was stuck there to stop the glass shattering in the event of a near miss by a bomb! Wouldn't be a lot of use in a direct hit of course!