Got A Fussy Eater In The Family? - Brian Pickering 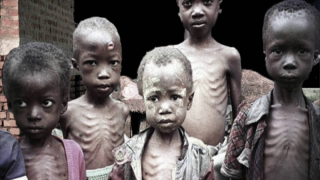 Driving home from dinner out one night my wife said: “Hmmm, that marinated pork chop wasn’t so great was it?”. It wasn’t, but I replied: “No worries, think of all the starving kids in Biafra” – one of my dad’s favourite sayings.

As soon as I’d uttered those words I began to wonder why I say such a thing after something to do with less than perfect food whether at home or dining out. After a bit of online searching I was reminded of the Nigerian Civil War from 1967-1970 (also known as the Biafran war) and the ‘Starvation of Africa’. Photos of literally millions of children starving made me understand more fully what the saying meant.

At the time I was a young teenager. Mum was a great cook and I’m grateful for all the ‘food lessons’ from both her and Dad (quite different approaches I can assure you) that taught me to be grateful for any food we eat, no matter what.

However, growing up like a lot of kids there were some things I wasn’t real keen on eating. “That’s okay son”, my dad would say. “You can have that tomorrow night okay? Goodnight!” He said it with a big smile on his face.

There were no tears, no tantrums and no dessert!

Mum on the other hand would encourage me to come and help prepare breakfast, lunch or dinner so I could see how things were done. Or was it so she could show me how to hand-wash the dishes, which I still love doing to this day!

Once I got the idea that going to bed hungry and skipping dessert wasn’t a lot of fun, I’d still sometimes pull faces at some of the things served, which is when dad would say: “Well think of all those starving kids in Biafra”.

After dinner I asked him to explain and he showed me the newspaper stories about the war. We also heard about it on the radio and on the news via our black and white television. Since then I’ve been grateful for every morsel of food I’ve ever put in my mouth. 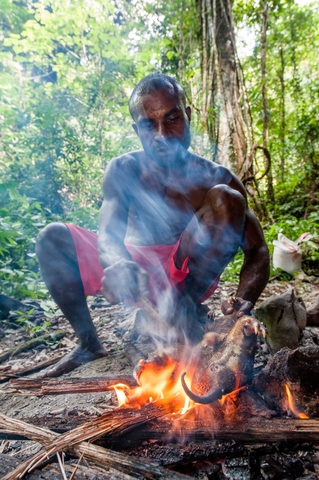 In 1970, we moved to Papua New Guinea. Dad lost his job as an accountant after 25 years. He’d been with the same company, starting out sweeping floors and moving through the ranks to company secretary. Apparently he wouldn’t ‘cook the books’.

PNG afforded him work at the local university and I got a job with ABC Radio 9PA as a ‘sound effects’ guy, recording songs and history in villages all over the place for the Education Department.

The most interesting part of that time for me was the food we ate when visiting villages.

Home-grown, home-cooked and in many cases, who knows what we were eating. I learned to love it and was pleased to see there was no obvious starvation in the locals despite plenty of other issues leading up to their self-governing in 1973 and subsequent independence in 1975.

But the main point of my story is to hopefully remind fussy eaters – young or old – that there are people all around the world, including in our own backyard, who are actually starving.

In Australia the majority of us are ‘lucky’ to have access to some great fresh produce, excellent facilities to cook at home plus superb restaurants, yet some of us still often whinge and moan about our food on an almost daily basis.

All I can say is: “Just think about all those starving kids in Biafra!”