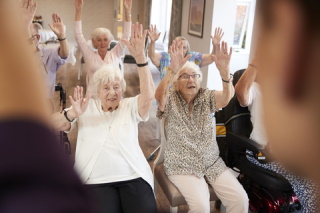 After the last year or so with all the restrictions, many of us feel the need for self-improvement;

But I’m probably a lost cause, being on the wrong side of 80 and with Rheumatoid Arthritis. But never say die, I’m about to try some gentle walking…

I do a lot of stretches and bends, and that is merely getting out of the chair! But I’ve tried many things and perhaps there is a new fitness regime just waiting for me. I can dance for at least five minutes I discovered. That may not count as an exercise session though. Especially as I fall into a chair gasping for air after the five minutes!

I’ve been down this rocky road before.  I’ll recount my attempts over the years at formal exercise in gory detail; The first was with a session I joined with a sadistic little army sergeant. The routine he inflicted was one he used on recruits, after one session I had to give up suffering battle fatigue. 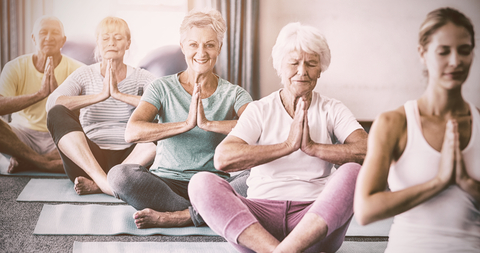 'Yoga for beginners'… that sounded hopeful way back in about 1978. I still had a waistline and could touch my toes then. My friend Anne came along to try one more time.  We both battled the bulge.

We sat on the cold wooden floor of the draughty hall, with a woman wearing a nose ring, and this was in the days before it was seen all the time! Our instructor was a scrubbed ‘earth mother’, dressed in baggy brown garments, her skin devoid of makeup.

She started instruction by drawing stick insect figures on a board. Hardly inspired at all I listened to her breathy voice going on about ‘The progression of exercise’. Her hypnotic voice had me nodding off.  Anne reckoned we should have had a stiff drink before this session!

Next part was some heavy breathing. This started my stomach gurgling, so I was glad when the humming began. Sounding like a roomful of demented bees we hummed with gusto. I was pleased as it drowned out my internal sound effects. We stretched parts that had not been stretched before.

About then I had to retire having wounded a splinter on my rear, and cramp.

As I watched from the sidelines it dawned on me these yoga enthusiasts were a serious lot. When a flagrantly wicked pose came up later, my friend and I collapsed into giggles, we perked up a little with the Kama Sutra look alike poses. But this was greeted by heavy stares and looks of disgust, so we controlled our reactions. Obviously a diet of macrobiotic food did not impart a sense of fun.

Next time in the pool, I could not make my legs bend the way the leader did. Anne and I were swimming way out of our depth in this group. We both fell sideways a tangle of flailing arms and legs…

Then a rather pretty young man with blonde hair asked if the lights could be dimmed as they ‘overstimulated’ him. More splutters from us and black looks from the wheat germ crowd, 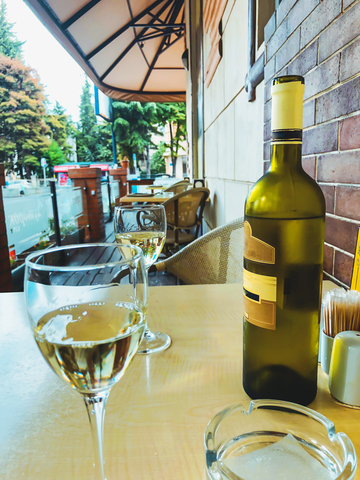 The class at last finished and we socialized, we had dandelion coffee rice cakes and some small talk with the lady with a nose ring. Her friend was wrapped in a plaid blanket and was discussing energy blocks. Anne whispered to me.

“She means Weetbix does she”?

Then the discussion turned to meditation and ‘transpersonal space’.  The rather cute blonde guy in a lilac headband talked of going through the ‘colours of the mind.’ For two irreverent housewives this was way too cerebral. Unable to join them on this voyage of discovery, we made our excuses.

I think they were glad we were leaving!

Later as we shared a pizza and swigged a wine, we discussed the night and decided this particular class was not for us. We wondered about Pilates next, but Anne said just thinking about it made her need another drink.

So we ordered another Chardonnay!!…