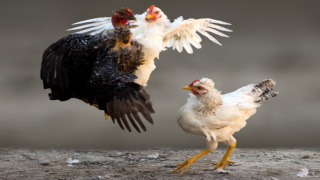 My first experiences as a home carer in Australia were somewhat confronting. A bit like being thrown into a pool full of sharks at times. More on that in a moment!

My husband Brian and I had been very happy to start our journey as 'Grey Nomads', until we came to a halt in a small caravan park in Gippsland; a decision we've never regretted.

We lived in a large new cabin on the caravan site. It had 2 bedrooms and was so perfectly placed I could hear the waves on the shore. It was a minute or so from a small inlet leading out to the sea. My idea of heaven!

Brian soon joined Lions and started doing reports for the local paper. I found work as a home care assistant.

Meantime the mix of home care clients I was given was challenging; several of the clients - mostly men - had a good relationship with the bottle, and most had a scruffy dog or two.

In fact in the next few months, I dealt with all sorts of animals, flea infested, escaping, or scary. One old man had three dogs, an aviary of exotic birds, and a lot of crazy ‘escape mad’ chickens!

I often looked after them all if he went away. I fed the dogs and cats, and then the birds, but getting the chickens in was a disaster. I dreaded that job and often was there late into the dark evening trying to coax the reluctant birds to roost. I also had the fun of the odd rat trying to get me.

I ran errands for the old farmer, got his pills and Tattslotto, as well as changing his bed and washing his clothes.

One morning I was changing the bed. He called out, ”Be careful in there, I had a black snake in bed this morning!” I was out of there like a shot.

He offered me a cabbage and some eggs, and seemed in a talking mood for a change.

“Could you make me a bit of brawn?” he asked. We had once talked about making brawn which I did in New Zealand. So I was instructed to call in at the butcher he knew on my way home.

We staggered home from the butcher; I now had 4 buckets of assorted pig parts, chunks of fat and trotters. So for a few days I boiled and chopped and flavoured the evil smelling brawn. It was a long gory job but I presented him with three beautifully set jellied delicacies. He seemed happy with them. He gave me some turnips and started to cut a hunk of bread.

Part of the job as a ‘home care worker’ meant I cleaned mould, covered old un-used caravans, some the home of hoarders, some packed with newspapers and crowded with the odd forgotten meal.

I gave love and attention to flea bitten dogs and chatted about life generally to those I was helping look after.

I bravely removed huge spiders from my dusters, but although it was not glamorous I actually liked doing it. 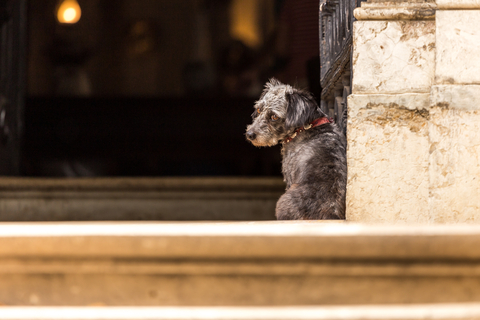 Sadly, I found two dead bodies. One a suicide. Another just a sudden death. I was not fazed by the death.

More upset each time really because a dog had lost its companion.

But my time there and with the others I was given as clients, was so rewarding.

I made great friends and went on after all that to train as a personal carer on a hospital course, this was when I was 64.  The next six or seven years I added more courses and certificates and only gave up when I was 70.

But by then I was an activities worker, dealing with the fun side of life.
Art, music and outings for those in the dementia wing.

Again, so satisfying, and by the time we moved into a house in our town, we had made our real home here in Yarram Victoria.

I ran an art group, belonged to CWA for a while, helped at the Lions Easter show every year, even did floral decorations for a convention and for a Women on Farms gathering. We also cleaned the local school for 11 years.

Moving from Melbourne to Gippsland has been a wonderful decision.

Yes it’s a small town, with all the joys and drawbacks of that life; I would not change it though. The only thing I find hard is the cold winds and the gales from the south.

But tropical shores have not managed to dislodge me yet, I want my ashes scattered in an old graveyard amongst the headstones of the pioneers.

For me… there is peace here.