Could The Letter ‘H’ Be The Secret To A Long Life? - Brian Pickering & Kaye Browne 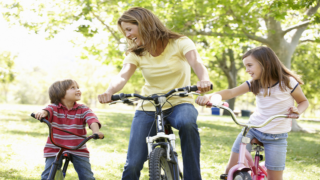 During the many celebrations for his 90th Birthday I’d asked him… “what’s your secret to a long and happy life?” – he said simply…  “I don’t worry!”

Sounds easy right?... Three little words… I - DON’T - WORRY!
And it got me thinking that there has to be a bit more to it than just those words.   After all, how do you ‘not worry’?

So I came up with the four ‘H’s as a starting point for the rest of us to follow Jack’s lead and create a potentially longer and more fulfilling life.

#1 - Be HAPPY
Think back to when you were a kid. Most of us grew up being happy. Life was fun and full of new adventures. There was always something to look forward to. Birthdays, Christmas, family holidays and more… Depending on the family environment, for many of us, this continued through the teenage years despite parents suddenly becoming seriously ‘un-cool’.

Not everyone escaped their childhood or teens unscathed which may be why we’re seeing adults suffering life-long mental health issues.

So… what I like to do most mornings is simply look in the mirror and SMILE… yep – I’ll often add something like… “Awww look at you cutie!”  just for fun. In fact, I’ve actually read that by doing that, you basically set yourself up (mentally) for a fun day and feel confident about yourself. Try it!

The growth in popularity and convenience of ‘fast foods’ is sadly more than matched by the growth of our waistlines.

And diet-related issues such as Type-2 Diabetes and more!

Manufacturers adopted the adage of adding a ‘spoonful of sugar’ with way too much enthusiasm.  Soft drinks, sweetened breads, sweetened breakfast foods, sweetened everything means the average Aussie has no idea they’re eating mountains of sugar every day and they’re addicted to the taste.

Fortunately Australia leads the world in providing a blue-print to help everyone eat healthier without feeling deprived by focusing on LOWER GI foods (Thank-you Professor Jennie-Brand-Miller from Sydney University) these mostly unprocessed foods still provide natural sweetness but don’t cause the harmful sugar spikes/drops which can lead to black-outs while driving causing accidents or death while sleeping.

#3 - Be HELPFUL
I’ve quoted my mum’s favourite saying before… “We are helped by helping others. If we give we always get” – this was from a charity she was involved in for 60+ years… the Radio 2GB Happiness Club later called Eurobodalla Homes for the aged.

This organisation was set up to help soldiers returned from WWII and their families. One of the ‘take-home’ things from this, for me, was that mum was always smiling. She’d often talk about how happy the people were that they helped over the last few days, and this gave her a great sense of being content with herself and what she’d done. All as a volunteer.

Jack (father-in-law mentioned above) was the same. He was ALWAYS helping people in one way or another.

#4 - Be HOPEFUL
Sadly these days it seems many people have ‘lost hope’ for a better future – not only for themselves but for the world in general.

But losing hope – worrying about things you can’t personally change - does nothing!

V8 racing car legend, the late Peter Brock (with whom Kaye and I worked and became friends with) had a saying “we attract what we fear”! – Think about that for a moment.

“Geez I hope it doesn’t rain tomorrow… footie will be cancelled!” or “Every time I go fishing I never catch anything”.  And sure, just saying something like that doesn’t really mean the footy will be cancelled or you’ll never catch fish, but even if those two things do happen, shrug it off. Stuff happens right?

But for all the nay-sayers complaining that bad things always come in 3’s.
Well why not good things coming in 3’s?

Many years ago, we were looking for somewhere to rent in Sydney. “Gee that looks nice” Kaye said as we were driving around. We had no idea if it was available for rent or not then… BINGO – a few weeks later we moved in and stayed for 9 years.

Same thing happened after we moved to Spain for work… driving along the coastal road admiring all the ‘mansions’ when suddenly - “Hey that could be us!”(laughing ‘as if’) … the joke being ‘we probably couldn’t afford it’.

It was right on the beach on the Costa-del Sol (Sunny coast!) in southern Spain – once again we had no idea it was available – just looked great. A week later we moved into Villa Kayam – and yes, it was very affordable!

We’re currently on the look-out for something we could rent out cos we want to downsize – so really hoping the ‘good things come in 3’s’ still holds true.  We believe it does.

So when you’re looking for the silver lining in the storm cloud – remember – every storm eventually runs out of rain – and keep these 4 ‘H’ words handy; Happy, Healthy, Helpful & Hopeful – and in the words of singer Bobby McFarren…

“In your life expect some trouble, when you worry you make it double, so ’DON’T WORRY … be happy!😊