Christmas Back In The Day! - Brian Lee 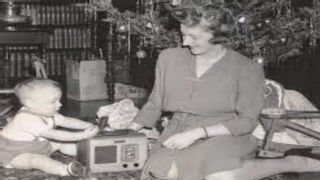 Eighty years ago, when I was very young, Christmas was a very different animal to the festival we enjoy today.

For a start, there was the overriding effect of a World War going on, something which meant many of the favourites everyone had enjoyed, some of them for centuries, were suddenly not available any longer…

Like the orange in the bottom of the Christmas stocking or the brightly lit decorations in the shops, invitations to Nazi bombers to come and kill us all! 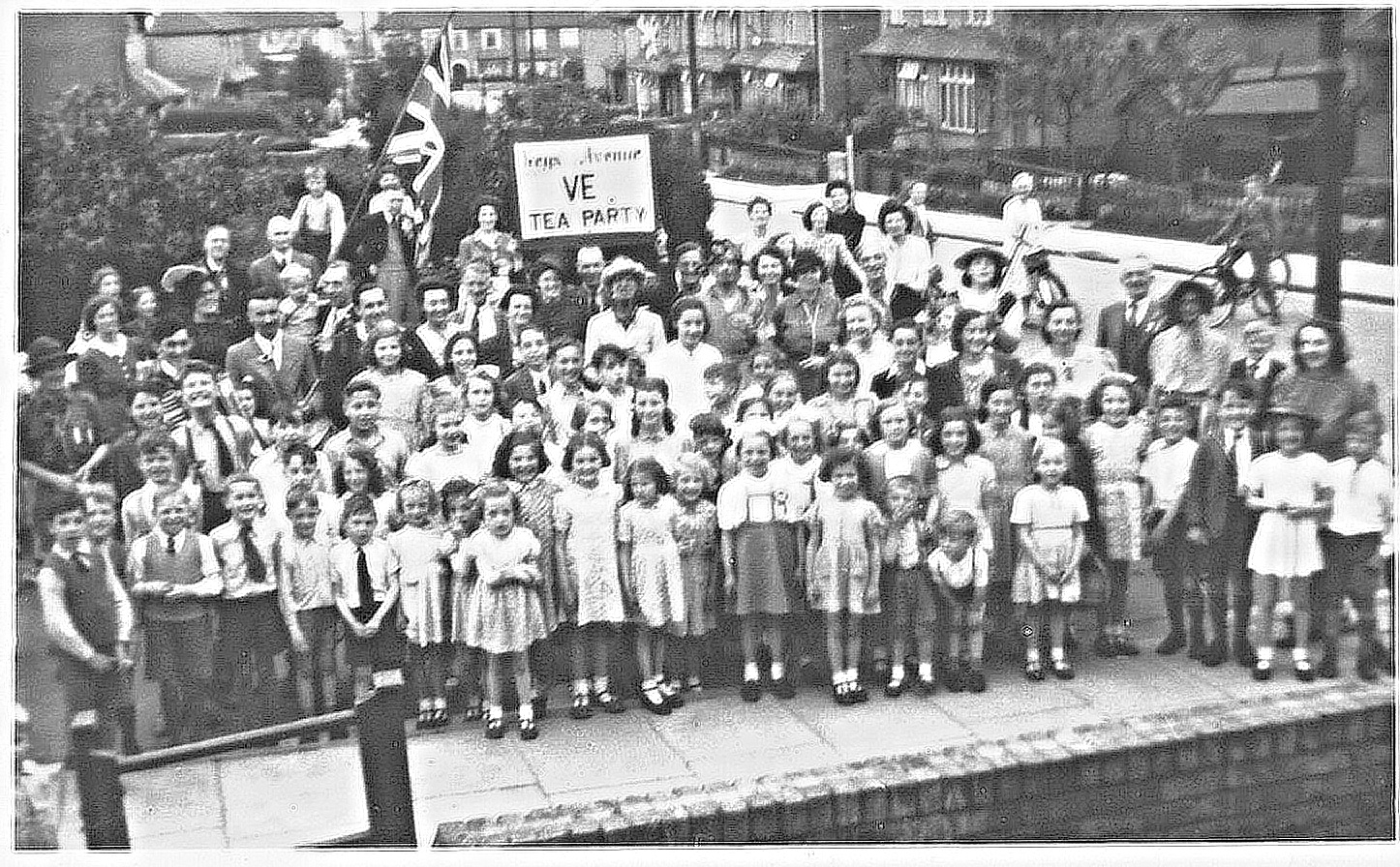 But we, or rather our parents, were to a great extent not to be beaten down by such minor troubles, and great imagination was often shown, to make things appear like Christmas as it should be.

Christmas trees weren’t as easily in evidence as before and many a living room displayed a branch off the oak, or whatever tree was growing in the garden, stuck in a bucket of earth, and wrapped in long strips of crepe paper, twisted to make it more festive looking.

Many tree decorations were made from cardboard cut into the shapes of stars and snowflakes, painted in bright cheerful colours, and of course most homes had an old box hidden away somewhere, filled with real Christmas decorations from previous years, a bit bent and buckled now but still able to be a part of the festivities.

As with the shops, lights couldn’t be shown outside, but those who had fairy lights draped them about the interiors of their homes and prayed there wouldn’t be a power cut due to some important transformer being blown up by a bomb.

About the only form of ‘decorations’ allowed outdoors, which was very much in the hands of the weather gods, were things like snowmen and holly wreaths hanging on front doors.

Christmas day lunch was an exciting moment, to be enjoyed for all it was worth! 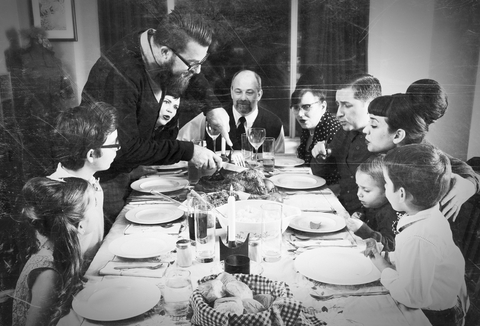 For a start we always had a roast chicken, (turkeys just hadn’t been thought of yet in the UK), and even the chicken was a ‘once-a-year’ item. They weren’t farmed for the table as they are now and were quite a luxury which in many cases, (like ours), could only be had for Christmas, unlike the millions of birds that are consumed every day of the year now!

In fact, for most of the year, all of us were limited to just a few ounces of real meat a week and consequently offal was an important and well-loved part of the diet. Even now I can enjoy a nice plate of beef tripe in white onion sauce, or a pig’s liver or sheep’s heart simply because it’s part of what we were brought up on because it was all that was available. 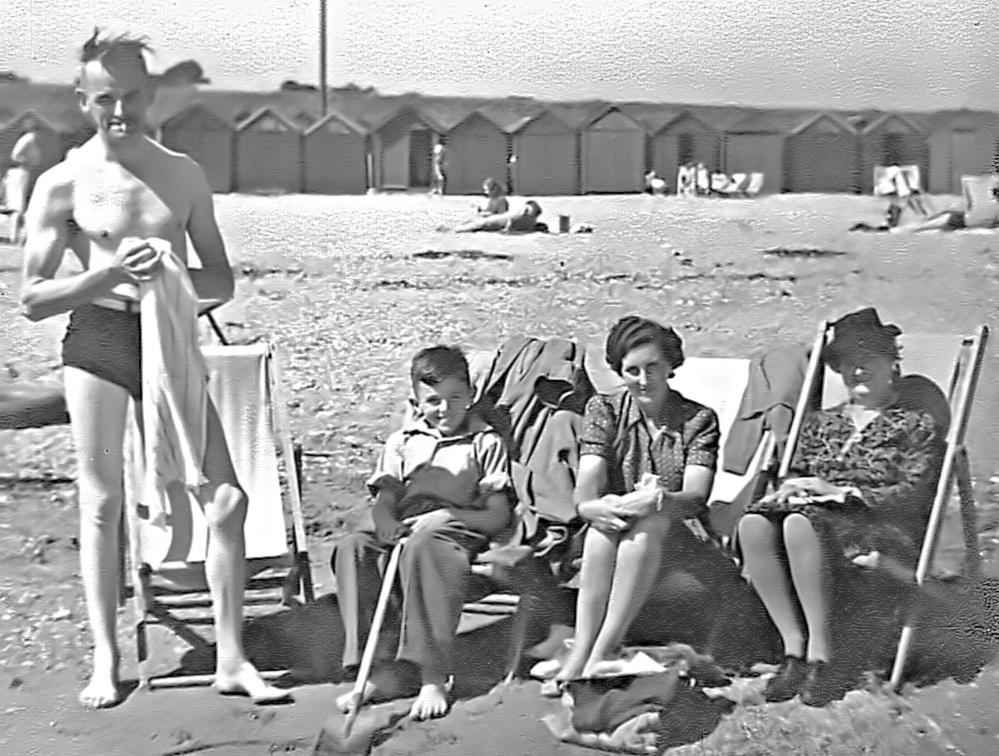 One thing, most vegetables were still freely available that early in the war so, although the piece of chicken I received might be small, at least the plate was well stacked with roast potatoes, Brussel sprouts, carrots, parsnip, green beans, cabbage and peas.

Nothing exotic of course; most housewives wouldn’t know what to do with asparagus tips, mangos, bamboo shoots, or pumpkin; they weren’t trusted at all, because most of them were ‘foreign’.

But the offered spread of locally grown veggies, liberally flooded with home-made gravy, which was always my job.

I did this by taking the fat left in the dish the chook had been cooked in, mixing a little plain flour with it, with a few mixed herbs, salt and water, then bringing it to the boil to thicken it, while I held a tablespoonful of sugar over another gas ring on the stove to caramelize it, ready to stir into the mix I’d already made, to darken it and add more flavour.

The giving of gifts was a much simpler affair than it is now too.

It was the thought that counted in those days, rather than the cost; my stocking was filled on top of the orange, with a lot of small games, chocolate bars, more fresh fruit, if some had been bought, and perhaps just one ‘important’ gift amongst the small stuff, maybe a cheap ‘Kelton” watch, or an air-pistol or a Dinky car.

But nothing like the presents parents seem to need to buy today, ipads, computers, expensive app games, and smart phones, etc.

And yet we all - young and old alike - seemed to be able to extract an enormous amount of pleasure out of that one day of the year, partly I suppose because we were, if we were lucky, able to forget for a few hours, what was going on elsewhere, and enjoy ourselves in a simple way.

I pray such times, or at least times of equal value, may come to us all again, sometime in the near future!