But Muuuum… Why Not? – Jacqui Lee 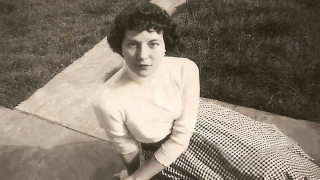 At fourteen I used to go out on my bike and meet boys by the river.  I didn’t actually go out with them. We just talked. My small brother came too, and if I bought him chocolate, he said he wouldn’t tell Mum. Well he ate the chocolate and still told Mum!

The wrath of Mum was very frightening. She took one of my ‘off the shoulder’ sweaters I bought with my first pay and tore it up.

“That sweater is disgusting!” she said as it went in the bin. A case of do not darken my door if you get into trouble.

I got through those first years by keeping well away from home. Now, when I look back, I realize today it would spell disaster.  I was in all sorts of real danger!

Not many sixteen-year-old girls would go into the city (Bristol) where I lived; by herself on a bus and return at 11pm.  I was used to travelling that way as I worked in Clifton. Lots of newly opened coffee bars buzzed with life. There were jazz clubs; and I loved traditional jazz.

So alone, I went to clubs, and I listened to jazz. Then in the summer, French exchange students came over and mingled in the coffee bar scene.

I had already had an experience of French excitement! 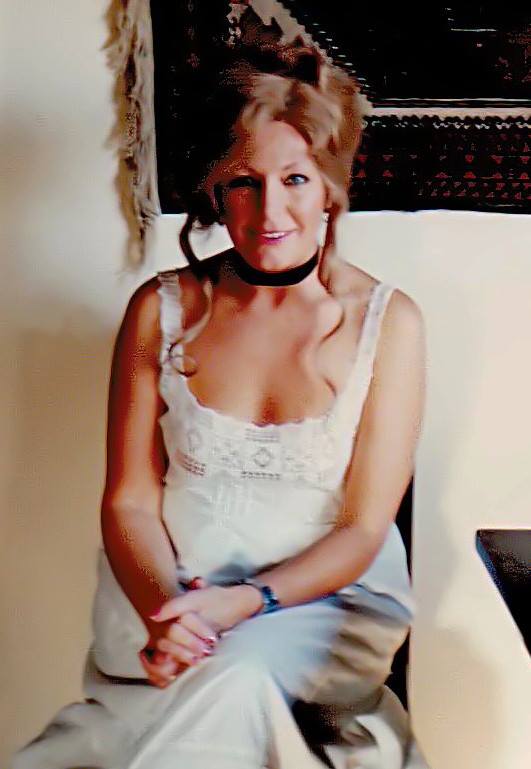 At a Saturday morning session of cartoons, I was kissed by a French boy. I was 11. It had a profound impression. We never met again though.

My friend Carole and I went giggling ‘round shops and then in summer watched the local cricket teams. We had a few kisses but did not get involved.

The boys were older and quite protective of us. So guardian angel was watching me. My mother might have been pleased had she known.

I then met a farmer who rode a motorbike, another boy called David who was in the RAF, yet my pristine record stayed intact.

I was still as pure as driven snow. More luck than anything perhaps!

At one of the coffee bars I met Francois, he was older and in a military college based in France.

So when I started nursing at 18, I had a boyfriend in Germany in the RAF, a boy friend who often came to see my Mum when I was working at the hospital, (the motorbike one), and a pen pal in France …

I had met Francois a few times but he was more keen on teaching me the cha cha… LOL. 😊

We drank coffee and talked in our hesitant languages.  I never took him home, OHH NOOO!... My mother would have had a fit.

He was tall, blonde and VERY French. He was also 25.

Add to this mix an artist with an old car called Jezabel. I had encountered my fate.

I met him when I was with my parents, so they approved as they knew him. They actually asked him to take me home when they were going to a party. That was it!... 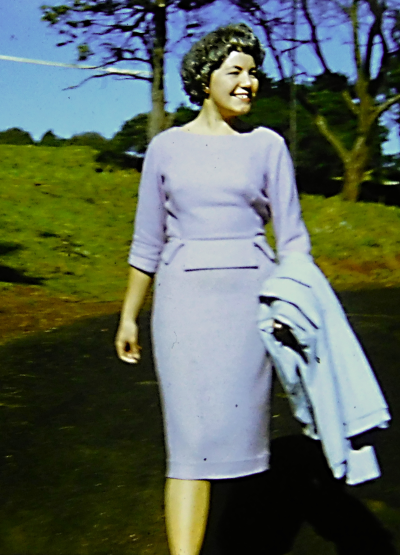 He took me to the cinema, and we knew we both felt something amazing happening.

But then I met Brian it was a true attraction. This time it was hook line and sinker. The whole rush of blood, and beating heart!!!

My Dad used to be sent to come to the front door to break us up as we said goodnight. Mum would make him be the bad guy. “Go and tell that girl to come in now” ….. we never did anything bad, but Mum wasn’t sure.

So I gave up David in Germany, I gave up the farmer with the motorbike, and I wrote to Francois. The letter I had back from Francois was sort of heart tugging.

“Jacqui how can you do this to me? We are in the desert, and expect to be fighting (Algeria) I am just with a few men, and I get your letter…..”

At the time he was fighting with the Foreign Legion. Yes, I felt bad, then I got one from the motorbike guy. He said life was not worth going on with, and again I felt bad, but truly had not given him much encouragement.

He mostly spent time with Mum; eating her home baked cakes and biscuits.

With Brian the courtship was short.

Within six months of going out together he had a job in New Zealand. doing Commercial art in a studio in Auckland, so we hurriedly planned a wedding before setting sail in April 1959.

One night we went to a friend’s house, stayed for a coffee, and I got torn off a strip, because we arrived back home at 11.00pm.

This was about a month before we married!

I wanted to get contraceptive advice a month or so before too. Mum nearly had forty fits. Apparently “nice girls” in 1959 did not do ‘that’ apparently.

But I defied her and went to see them. It made me laugh later, as they gave me a ‘practice device’, which was not safe they said. I did not tempt fate!

Our wedding was simple and happy, did not cost the earth, and I could safely wear a white dress… just…!

My mother could beam happily, and we could then take off into the big wild world to start our life together. It was an amazing life even then.

We had our first baby 18 months later, so all the gossips were quelled. It was pretty clear I had not gone to New Zealand to secretly have an early baby.

We had three children in just over three years, so no time was wasted!... We didn’t have a TV anyway….

But we are still together, 62 years later.  We are still happy. Mum would be pleased.

In fact as I got older and Mum and I talked, I understood her fears more, as her upbringing was even tougher.

We were actually able to laugh at all the happenings and we shared a wicked sense of humour.

I regret nothing, but feel I ‘ve had an angel that’s been and still is… watching me.