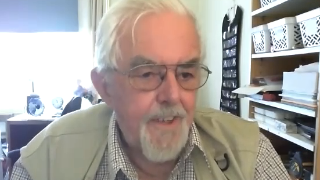 Language, especially English, is pretty complex when you think about it. So many words that all have the exact same meaning, but depending on the context it can often be taken the 'wrong way'!

Brian Lee has come up with one 'very small' word that has so much meaning, depending on how it's used...

It’s only a small word, of that there’s no doubt,

But it means such a lot when we toss it about.

We might say ‘affirmative’, for the meanings the same

‘Sure’ is a nice one, and is short enough too,

But it’s really too Yankee, so that will not do.

Then there’s ‘OK’, just one letter, plus one,

But some feel that’s too brash, too casual in tone.

We could all say ‘certainly’, that has a nice feel,

But would you use that word - it has little appeal!

‘Of course’ is another, plain and simple to say,

As is ‘no problem’, - that’s the Australian way.

That ‘by all means’, only one word will do.

We all use it frequently, and it’s easy to guess,

Got a Poem or Ditty of your own?
Just get in touch here or on our Facebook Group